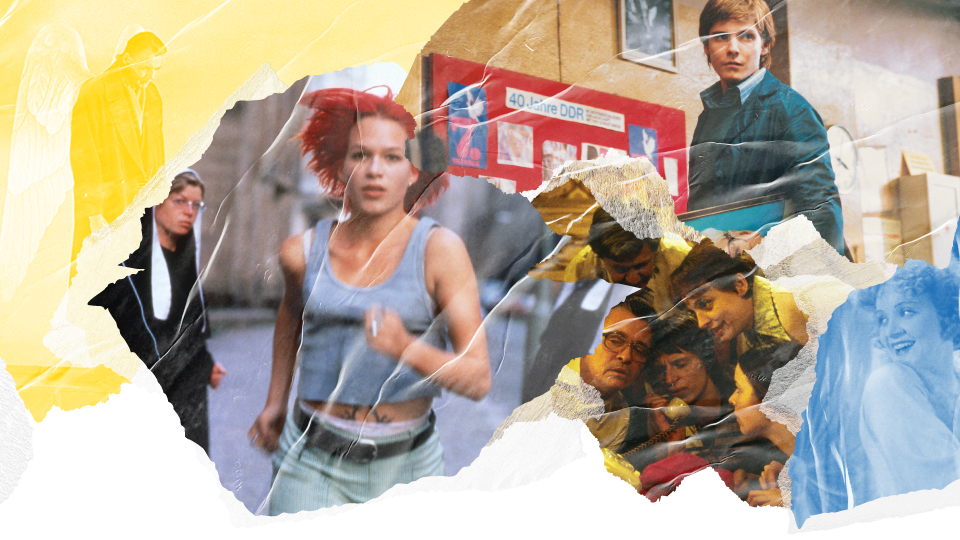 In collaboration with Goethe-Institut, the first week of Projekt Berlin will feature some of the most iconic movies by influential German filmmakers. Seven evenings in a row, this is a cinematic representation of the post-war to modern day Germany for audience to delve into its culture and history.

04.11.2019
The Murderers Are Among Us (Die Mörder sind unter uns)
Director | Wolfgang Staudte (1946)
Language | In German with Chinese and English subtitles

The first German feature film after the Second World War, starring legendary German actress Hildegard Knef as Susanne Wallner, is set in Berlin in 1945. Susanne returns home from the concentration camp, but finds her flat occupied by the surgeon Mertens. Mertens, who recently returned from the war, tries to suppress his painful memory of the war through excessive drinking. With Susanne′s help, Mertens slowly returns to his former self. Then he meets his former captain Bruckner, now a slippery businessman who does not care about the massacre that he committed. Mertens decides to take justice into his own hands.

Damiel and Cassiel are two of the angels in Berlin who, from lofty vantage points, watch over the fate of the people below. Damiel falls in love with circus artist Marion and has an ever-growing desire to be near her; but to truly realize his love, he must become human.

The Lives of Others offers a rare and fascinating snapshot of life behind the Berlin Wall. It is 1984 in East Germany. Gerd Wiesler, a master interrogator, is tasked with monitoring every single detail in the life of playwright Dreyman and his girlfriend. Ironically, his surveillance has led him to sympathize with his targets and Wiesler risks violating the law and jeopardizing his career to protect the couple. The late Ulrich Muhe is magnificent as Wiesler, whose gradual transition from loyal drone to actual human being is when the film is most powerful.

The film Sonnenallee ventures a look back to East Germany times.

German Democratic Republic is the land where Michael lives. He wears bell-bottoms and a home-printed Rock & Pop T-shirt. The apartment he lives is cramped; the neighbor works for the secret police; and there's an uncle from the West to smuggle in pantyhose. But Michael is focused on his goal: to win the heart of the prettiest girl at school. It all happened a very long time ago, and if Michael doesn't tell the story now, we’ll never know what it was like, back then in the 1970s, in the shadow of the Berlin Wall, at the back end of the Sun Alley.

9 November 1989. Günter Schabowski announces that from this day forward all citizens of the German Democratic Republic (East Germany) are allowed to leave the country as they wish. Harald Schäfer, the commanding officer at the border checkpoint in Bornholm Street learns the news while sitting in the canteen at work. Soon, masses of Eastern Berliners line up at the Bornholm Street checkpoint and hours of drama begin. Harald and his colleagues wait for instructions from their superiors, but don’t get any. The situation gets tenser and tenser as more and more people flow to the checkpoint, demanding to be let into the Federal Republic of Germany.

Berlin (East) in autumn 1989. Alex Kerner’s mother is in a coma after a heart attack and misses the fall of the Berlin Wall. She awakes in summer 1990. Her doctor declares that excitement of any kind could be fatal. Alex must conceal the fall of the Socialist Unity Party from her. He and his friends pretend to the sick woman that the German Democratic Republic (East Germany) still exists; the illusion remains perfect until one day the truth can no longer be concealed. The clever comedy was the most successful film of the year in 2003.

A young man urgently needs 100,000 Deutsche Mark. Otherwise he will be killed by a gangster. His girl-friend Lola rushes around madly trying to collect the money and save her beloved. This love story is told by the young Berlin director Tom Tykwer in three versions, each with a different ending. Run Lola Run is the first and foremost a film that plays with the means available to the cinema, but also documents a style of life. It was one of the most successful German films in 1998.

Professor Rath (Emil Jannings), deeply shocked by the suggestive photos circulating among his pupils, sets out to the cabaret The Blue Angel to make the dashing Lola (Marlene Dietrich) explain. But the dignified professor quickly falls for the charm of the young woman, and goes so far as to give up his career in order to marry her. Moving from town to town with his young wife, he appears as clown in a third-class ensemble, finally ending up in his hometown, where he becomes the laughingstock of his former colleagues and pupils.

Before the screening, Ute Lemper will share her precious memories with Marlene Dietrich, guiding audience into the world of the cabaret divas of two generations.

Conserved and revitalised by