Met Live in HK is 10 years old in Hong Kong!

Come and help us celebrate at Tai Kwun with a day-long explosion of wonderful opera!

Here’s the rundown of these FREE performances:

A showing of “The Traviata Story” with narration by Louisa So. See and hear how the story of this great Verdi opera reflects some of traditional family values in Hong Kong. It’s FREE!

Your personal guided tour conducted by acclaimed Mezzo Soprano Samantha Chong will take you through some of the most beautiful and memorable music about love and the joys and sorrows of life. Samantha is your MC for an afternoon of tender, moving and extremely beautiful music.

With Chinese English subtitles.
Suitable for all ages.

The performance will last for approximately 234 minutes with 2 intermissions.

Audience registered to “La Traviata” screening will receive a coupon upon entry and enjoy 10% discount for food and drinks at Behind Bars in E Hall, Block 15. Grab your refreshment during the film intermissions!

SPECIAL DISCOUNT OF 24% off all Met: Live in HD screenings at Tai Kwun for 7 days only!

An exclusive offer for Tai Kwun visitors on 2 June 2019! Get a discount voucher and enjoy a limited-time 24% off to all Tai Kwun MET: Live in HD shows, tickets are available at Urbtix and the discount will be valid from 2 – 9 June 2019. Please refer to Tai Kwun website for the programme details: link Born and raised in Hong Kong, Kenix graduated from the Music department of the Chinese University of Hong Kong and received her Master degree at the Codarts Rotterdam Conservatory, the Netherlands. She has received lessons from Chan Siu Kwan, Frans Huijts, Roberta Alexander and Dongjian Gong. She is currently a part-time Tutor in the School of Humanities (Music) of the University of Hong Kong and vocal coach of HK SingFest. Her recent solo appearances include Durufle’s Requiem; Poulenc’s Gloria and John Rutter’s Gloria; John Rutter's Mass for the children under the composer's baton. With a German lieder programme, she got the 2nd prize in the 17th Osaka International Music Competition (Vocal Recital Course). 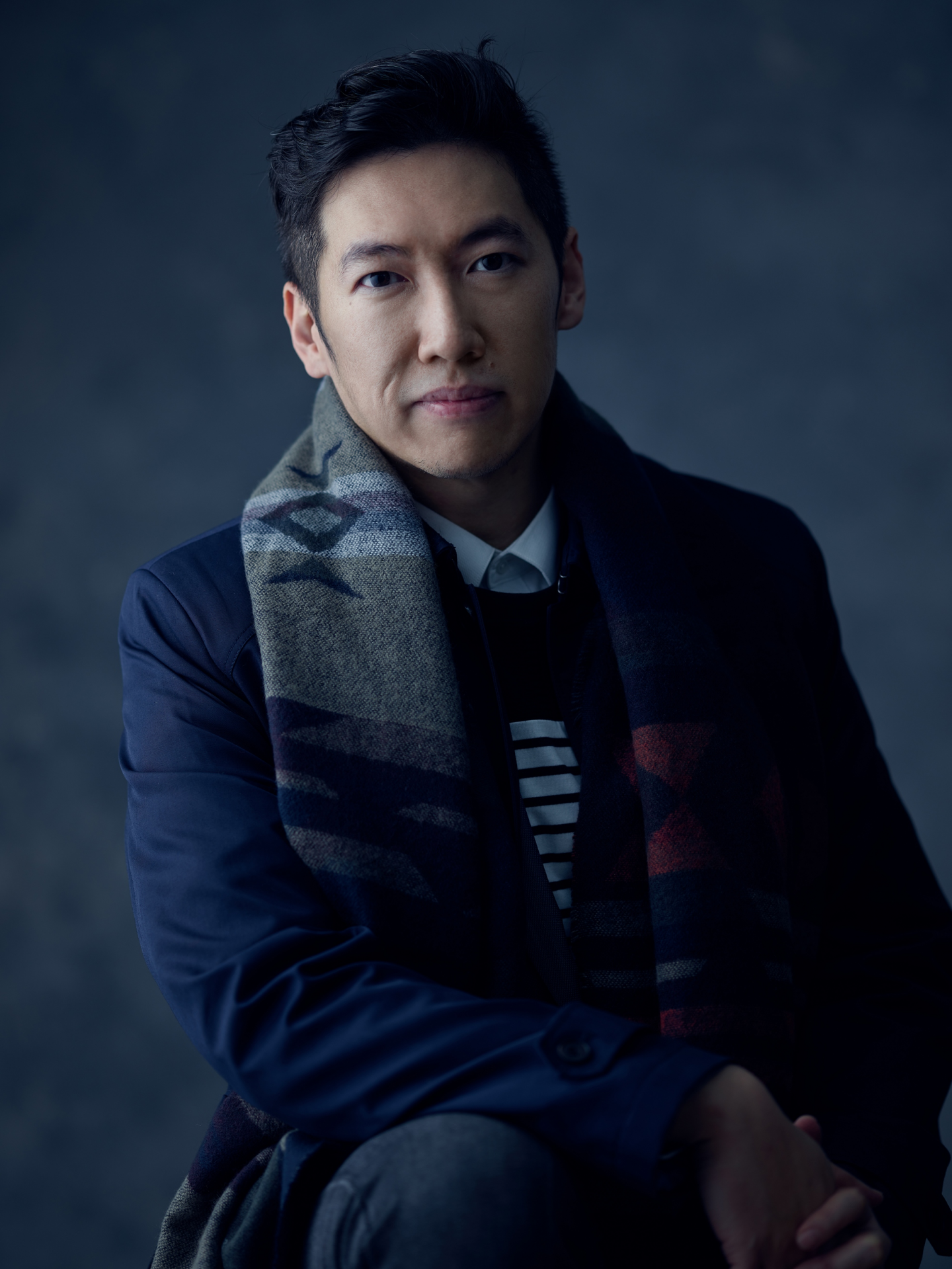 His main performances in 2019 including operas Don Giovanni in May & Rigoletto in October produced by Opera Hong Kong, Le Nozze di Figaro as Figaro in September produced by Musica Viva. 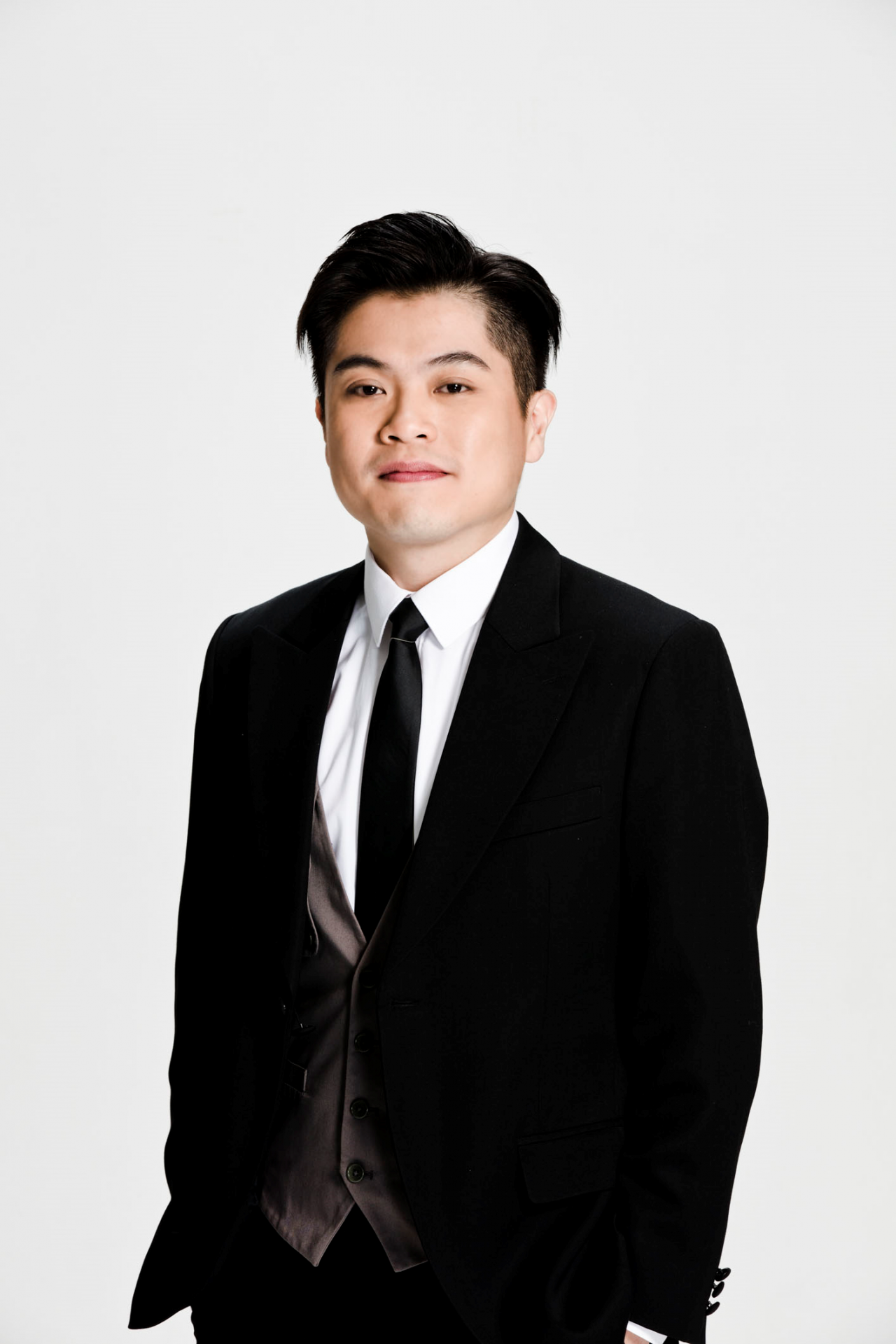 A 2nd prize winner of the 17th Osaka International Music Competition in piano collaboration, Felix studied art songs interpretation at the Guildhall School in London and awarded his Master of Music degree in piano accompaniment. He appeared in Niigata Cultural Festival Japan, Shanghai China Arts Festival, Hong Kong Arts Festival and New Vision Arts Festival (Hong Kong) as guest artist, and worked as organist for City Chamber Orchestra of Hong Kong and Musica Viva, as well as harpsichord continuo for Hong Kong String Orchestra. Felix is demanded as a vocal coach/repetiteur and worked in productions of Zuni Icosahedron, Opera Hong Kong and Musica Viva (Hong Kong) for more than 30 productions. He was the music director of the Hong Kong University of Science and Technology summer musicals and currently working for the Opera Hong Kong Summer School. He received formal training as a singer and received his Masters in Opera degree from Conservatori Liceu, Barcelona, and Artist Diploma from Trinity Laban Conservatoire of Music and Dance. He has performed over 10 operatic leading roles in Germany, Spain, England, China, Taiwan and Hong Kong. Born and raised in Hong Kong, soprano Fifi Lee is studying at the Hong Kong Academy for Performing Arts, BMus Year 4, Major in Vocal Studies. She is now a student of Soprano Yuki Ip. She has won the open class of Miss Barbara Fei Female Vocal Solo Prize and Art Song in the Hong Kong School Music Festival in 2015 and 2016.

She was featured in “Young Music Makers 2017”, a series of documentaries by RTHK Radio 4 and RTHK TV. In March and April 2019, she performed Erste Dame and Papagena in Mozart’s Opera Die Zauberflote with HKAPA and Musica Viva respectively. In March 2017, she performed Suor Dolcina and Nella in Puccini’s operas Suor Angelica and Gianni Schicchi in the HKAPA. She performed as a soloist with Miss Tania Kross and Hong Kong Philharmonic Orchestra Concert in 2013. As a member of Concert Choir of the Hong Kong Children’s Choir from 2009 to 2013, she participated local and overseas performances and music festivals in Asia and Europe. In 2014 and 2015, she joined Asia Pacific Youth Choir and performed in South Korea, Italy and Macau. 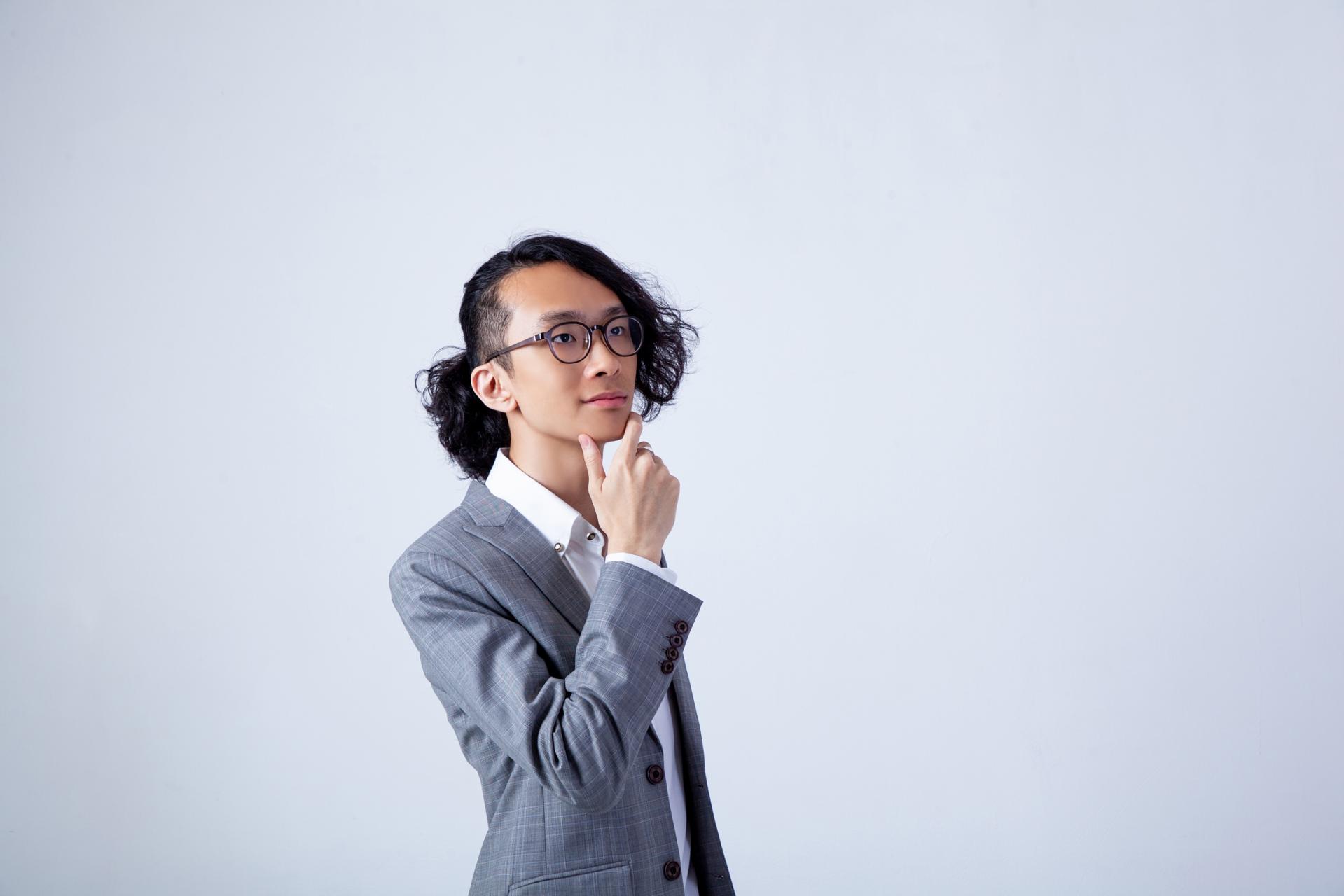 Justin Cheung’s earliest encounters with music were when he studied piano under the tutelage of his mother and sang in the Hong Kong Children's Choir. He obtained an Associate Degree in Music Studies from the Hong Kong Baptist University, majoring in piano under Amelia Chan. He graduated from the Hong Kong Academy for Performing Arts (HKAPA), majoring in opera and vocal studies under David Quah. He has involved in several opera productions, included the role of Simone in Gianni Schicchi and Schlemiel in The Tales of Hoffmann, which were staged at HKAPA; and joined in Opera Hong Kong 2016 production Otello and 2017 production Aïda.

Apart from classical music training, he has great passion towards A Cappella music. He has been actively engaged in performing, as well as teaching A Cappella singing. As a performer, he has participated in 2012 & 2013 HKFYG Jockey Club Hong Kong International A Cappella Festival, as a member of the Hong Kong Melody Makers. He has also sung in various gigs and performances with a number of groups, including Republic-A and Lab Humane. Christy Sze-pui Li has obtained MA Music in Vocal Performance with distinction at the University of York, and MA Music degree from the Chinese University of Hong Kong. She is the First Place winner of Australian Concerto & Vocal Competition, the First Prize winner of Golden Classical Music Awards (New York) International Music Competition, the Second Prize winner of Barry Alexander International Vocal Competition and was awarded the Most Outstanding Singer in the 2nd International Opera Exchange Masterclass. Christy has sung as Madame de la Haltiere in Cendrillon, Nicklausse and La Muse in Tales of Hoffmann and the Sorceress and the Spirit roles in Purcell's opera Dido and Aeneas. She was also the Alto soloist in Beethoven's Symphony No. 9, Haydn's Nelson Mass and Bach’s St John Passion. Being invited twice by Nanshan Grand Theatre, Shenzhen, for holding her vocal recital in recent years, she achieved great success and was highly commended by local press. Under the tutelage of Madam Ella Kiang, soprano Eva Chi obtained her Bachelor’s Degree of Music (Honours) at the Hong Kong Academy for Performing Arts in 2015. She is active in participating opera productions including Opera Hong Kong's production, Der Fliegende Holländer and Tosca, and A Midsummer Night’s Dream and The Cunning Little Vixen in HKAPA. She made her Europe debut performance at the Bach's Cantata bwv 199 concert in Utrecht, the Netherlands in November, 2017 while she was studying in Utrechts Conservatorium in Utrecht, the Netherlands with Dutch soprano, Selma Harkink. Eva’s recent performances in 2019 include Hong Kong Art Festival Plus’ “Journey to the West” and Cantabile’s “Cantabile con amore”. 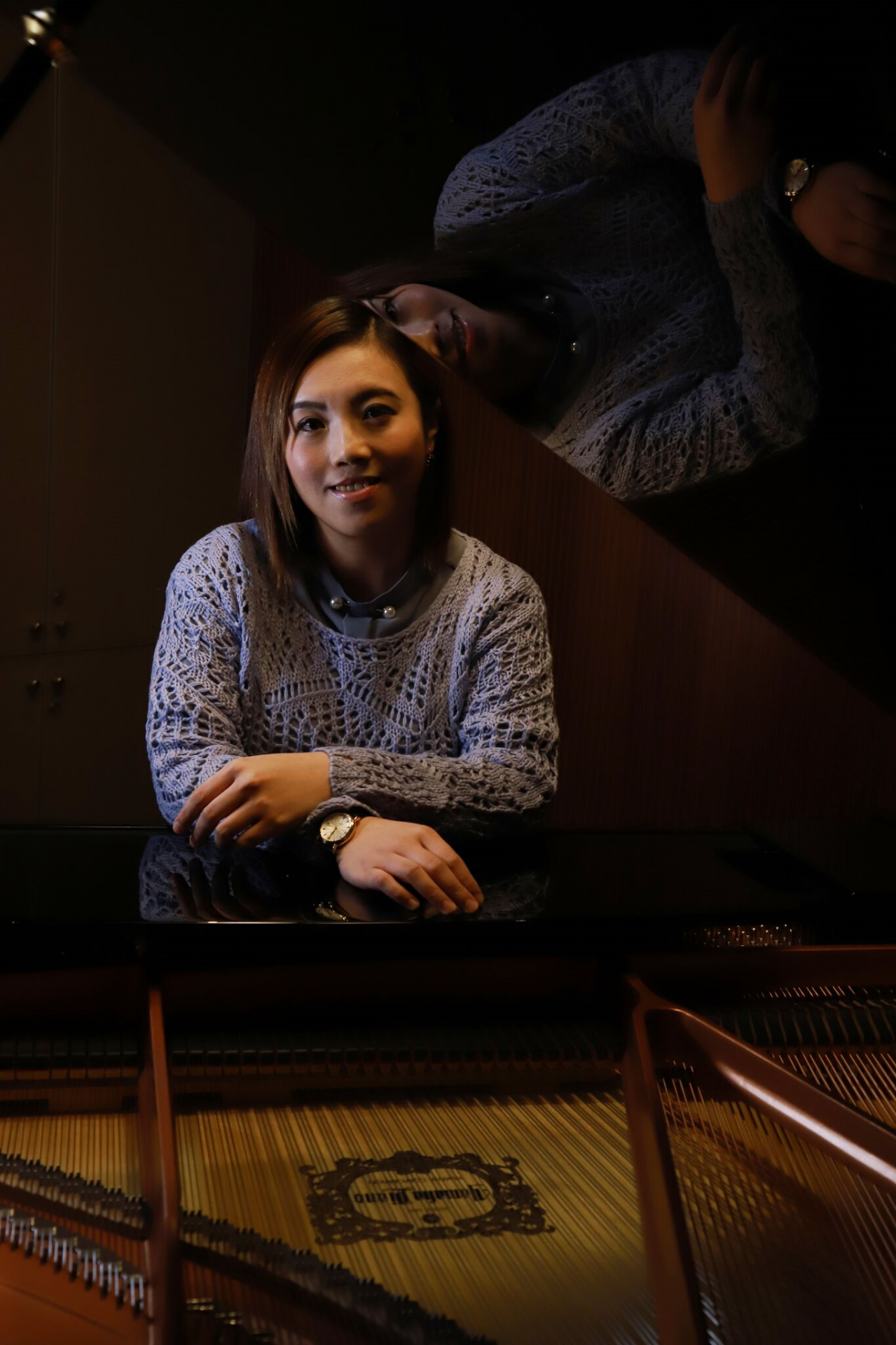 Cheng Isti Dora (Piano)
Cheng was coached by her father Cheng Man Kit, Savio to play the piano since she was 5. She took the LTCL (Piano) and FTCL (Piano) examinations of Trinity in 2004 and 2005 respectively and passed them with distinction. In her career as a pianist, Dr Cheung-Yu Mo, Ms Ling Hui and Ms Julie Kuok have been her piano tutors. Cheng also participated in summer courses of Internationale Sommerakadeie Universtat Mozarteum Salzburg in 2009 and 2012. Chosen as one of the outstanding students, she was coached by Ms Ya Fei Chuang and performed in Wiener Saal. In recent years, Cheng has played as a piano accompaniment and has performed publicly in order to keep improving.

The Met: Live in HD presents high-definition screenings of opera performances in the Metropolitan Opera House, one of the best opera houses in the world. Its dazzling productions are filmed by 14 different cameras in high-definition format and transmitted to cinemas across the world.

The Metropolitan Opera, under its 16th general manager Peter Gelb, pioneered live HD movie-theatre simulcasts in 2006. The Washington Post has praised the broadcasts: “The HD broadcasts are the most successful single element of Gelb’s tenure, and have proved truly visionary.”

The acclaimed performances now reach over 2,000 venues in 70 countries and receive rave reviews. The impact of the live performances remains spectacular on screen. Hong Kong opera lovers can enjoy world-class performances comfortably in local cinemas with a ticket price of HK$210, compared to ticket prices of up to US$495 in New York.

The experience of watching the Met: Live in HD is the next best experience to being in the opera house itself; the wonderful closeups and backstage interviews provide added value. Many of our patrons have started out as opera newbies but are now confirmed fans. It’s a wonderful way to step into the world of opera!