Conversation with Francis Alÿs and Screening of Sandlines, the Story of History (2018–2020)

Wet feet __ dry feet: borders and games gathers for the first time in Hong Kong important recent works by Francis Alÿs, one of the most influential conceptual artists of our time. Structured around the artist’s interest in migration, borders, and his fascination with children’s games from around the world, this solo exhibition highlights Francis Alÿs’s poetic, imaginative sensibility, anchored by geopolitical concerns and individual will while being grounded in everyday life.

The title of the exhibition was the spark to Alÿs’s works in this exhibition: “Wet Feet, Dry Feet” refers to the US policy on Cuban refugees in 1995. Under this policy, Cuban migrants headed for the United States faced vastly different treatment depending on whether they were intercepted at sea or on land, on US soil. If intercepted at sea (“wet feet”), they would be repatriated back to Cuba; if intercepted on land (“dry feet”), they would be allowed to stay in the United States. For a Hong Kong audience, this might sound uncannily familiar: the “Touch Base” policy in 1970s Hong Kong meant that Mainland Chinese migrants would be sent back to the Mainland if intercepted at sea or in the New Territories; only if they reached south of Boundary Street—the formal boundary between Kowloon and the New Territories—were migrants allowed to stay legally in the territory (in the quirky British sports reference, “touch base”).

The connection between borders and games in Francis Alÿs’s artistic practice lies at the heart of the exhibition. After his quixotic attempt to connect Havana and Florida through lines of boats volunteered by fishing communities and private boat owners in Bridge/Puente (2006), the artist shifted his attention to the narrower Strait of Gibraltar, a waterway 13 km wide, with the imaginative impulse of connecting Northern Africa and Southern Europe with lines of fishing boats—which were later enacted metaphorically by groups of children departing from the shores with “shoe boats”, tiny boats made with babouches and flip-flop sandals. In a process that took two years of preparation, the artist evaded interference and interest from various parties, and filmed the final performance as a utopian endeavour. Presented alongside the video installation Don’t Cross the Bridge Before Getting to the River (2008) are over 100 paintings and drawings, as well as notes drafted along the production of the project. While working with these children, Alÿs was reminded of his long-time observation of children at play, particularly their appropriation of public spaces for play and their strong sense of moving freely within “rules”.

His latest on-going project, Children’s Games (1999–present), consists of more than 20 documentary videos of children at play in various locations; some were filmed in countries that have suffered from ongoing war and conflicts, such as Afghanistan and Iraq, as well as other places such as Nepal, Jordan, Mexico, France, and Hong Kong—the last featuring newly commissioned videos by Tai Kwun Contemporary. Without ever becoming directly involved, the artist documents children moving in their own ways and playing their games—games which also echo the rituals, symbols, insights, superstitions and events of the specific society, culture, and locality. Children’s Games is in the vein of his artistic practice—touching poetically on conceptual displacement and alluding lightly, whimsically on politics and social engagement. Viewers can observe a poignant sense of innocence and the redemptive power of play—universal and transcending conventions, boundaries, and borders.

Note: With the reopening of the art galleries on 4 March 2021, we are excited to welcome visitors again, this time with the presentation of Francis Alÿs’s two newly commissioned videos which he specially created in Hong Kong for Tai Kwun Contemporary.

Voice over by Xue Tan

*The areas  shown in the video were cleared during filming with no public access. 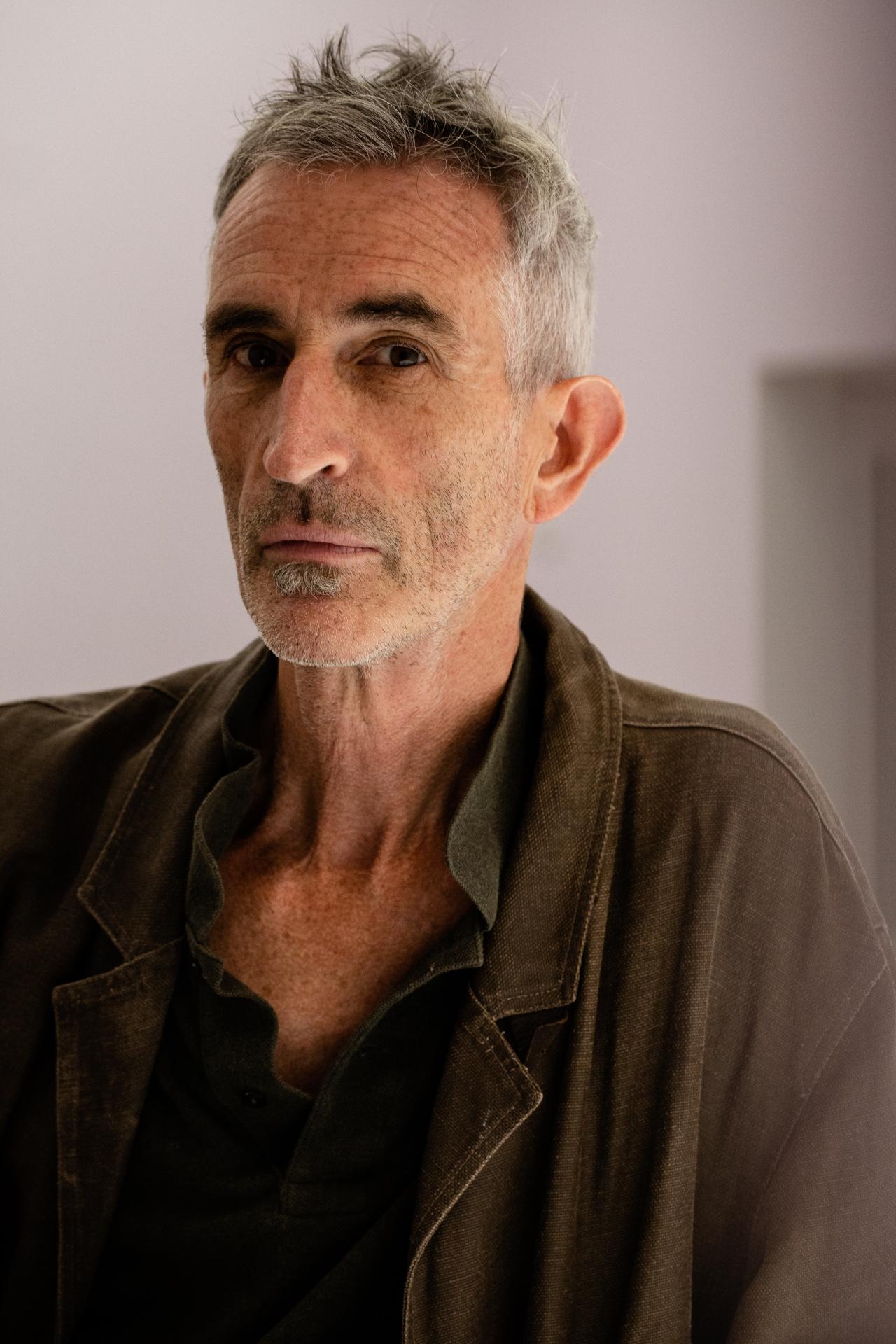 Francis Alÿs (b. 1959, Belgium; based in Mexico) has a complex and at times elusive artistic practice that poetically fuses an imaginative, conceptual sensibility with the socio-political momentousness of issues related to urban spaces, transnational borders, and political structures.

Trained first as an architect, after moving to Mexico Alÿs shifted towards art making, relishing its freedom and flexibility. Through observations of and engagements with Mexico’s vast urban fabric and everyday life, Alÿs has presented artistic arguments in the form of parables, opening a space for imagination as well as dislocating the sense of the ordinary. In Paradox of Praxis 1 (Sometimes Making Something Leads to Nothing) (1997), for instance, Alÿs pushed a large block of ice through the streets of Mexico City, until the ice fully melted. Absurd yet starry-eyed, the work invites wonder but also evokes awareness of the spatial plane of the street, with its hubbub of pedestrians and street vendors, and indeed a whole economy that depends on ice in tropical climes. Many early works focused on Mexico have some aspect of “blue-collar conceptualism”.

Among a diverse range of works, one has also seen Alÿs take on a certain naturalistic heroic romanticism with his efforts of entering the eye of tornados, while in other works, his engagement with boundaries and borders invest his oeuvre with a more overt sense of politics. The Loop (1997), for instance, involved Alÿs circumnavigating the world in an opposite direction in order to get from Tijuana, Mexico, to San Diego, California, without ever crossing the US-Mexican border. In The Green Line (Sometimes Doing Something Poetic Can Become Political and Sometimes Doing Something Political Can Become Poetic) (2004), Alÿs walked along the border between Palestine and Israel—a border though contested was not immediately apparent to the eye, despite its name—while holding a can of green paint, dribbling a line of green paint behind him.

More recently, Francis Alÿs has come to realise that one important element of his oeuvre involves children at play, through his videos relating to the everyday actions of the street life or to the large-scale performances about borders. This brings a different dimension of the universal fable that has always been inherent in his work, combining play, innocence, and observation, through a poetic sense of dislocation that offers a liberating vision while commenting on socio-political issues of norms, boundaries, and borders.

Alÿs has had solo exhibitions around the world, including at the Tate Modern, London; The Museum of Modern Art, New York; Kunsthaus Zurich, Switzerland; Museo de Arte Reina Sofia, Madrid; among many others. He has participated in Venice Biennales held in 1999, 2001, and 2007; in particular, he sent a peacock in his stead for the 2001 Venice Biennale. Alÿs has also taken part in Documenta 13 in 2012. 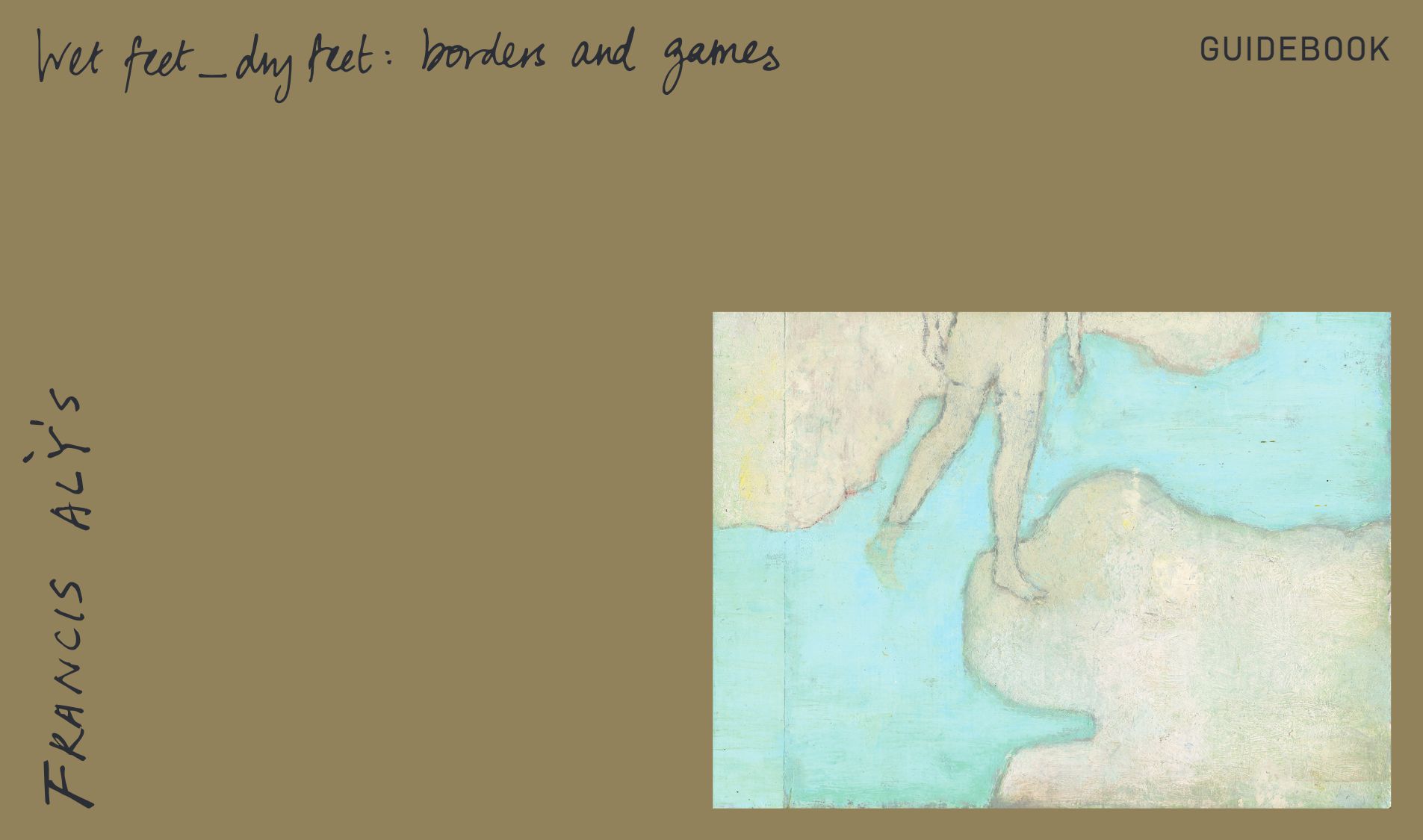