What makes a happy family? With Hong Kong ranked 77th in world happiness, is having a warm and perfect family a foregone conclusion?

After the chamber opera Women Like Us, composer Daniel Lo and novelist Wong Yi continued their successful collaboration in music and literature with The Happy Family. The contemporary music composition ponders on the intimate topic of “family” through a typical middle-class Hong Kong household of five and their dog. They may appear to be the picture-perfect family, but behind this shiny veneer are the cracks and hollows of their repressed desires. The Happy Family features an all-new riveting score for a seven-player instrumental ensemble and narrator Yau Chung-wai as well as projection by media artist Yu Wing-yan. This beautiful encounter of music and literature is a nuanced portrait of the intricate entanglements and the inevitable sacrifices made in Hong Kong families.

Remarks
•    Performed in Cantonese with Chinese and English surtitles
•    Recommended for ages 6 and above
•    No latecomers will be admitted
•    Programmes are subject to change without prior notice. Tai Kwun reserves the right to make the final decision regarding the arrangements.
•    The events will adhere to the latest health and safety regulations and enforce social distancing measures 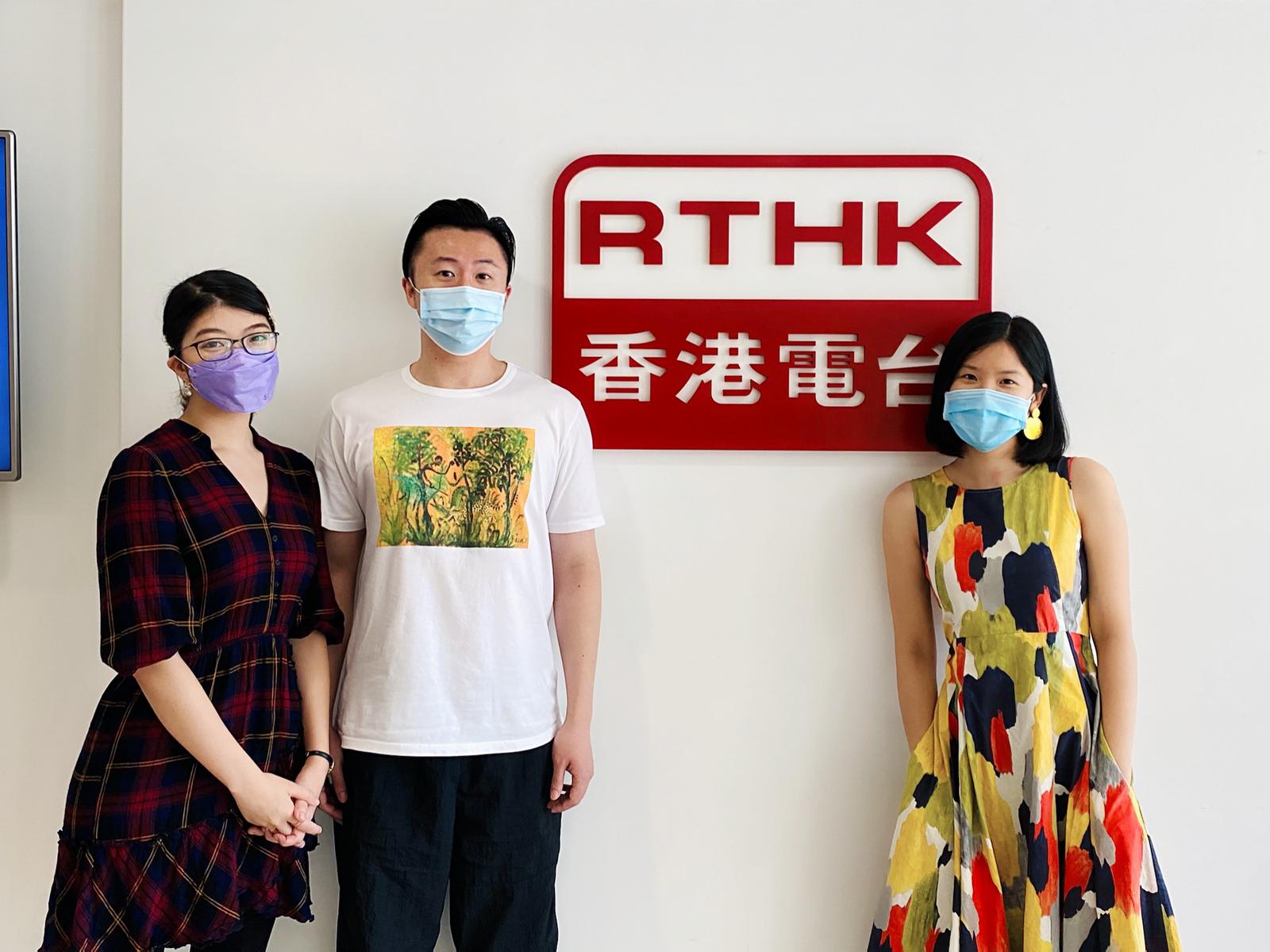 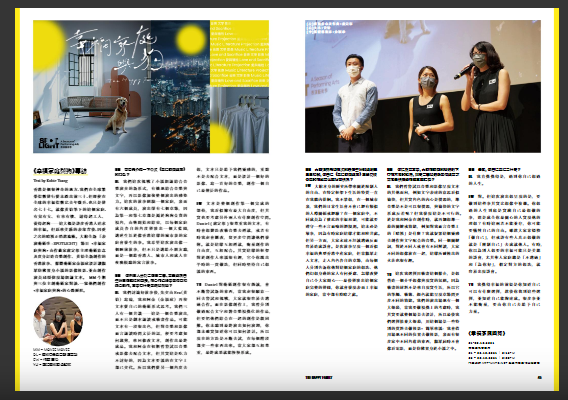 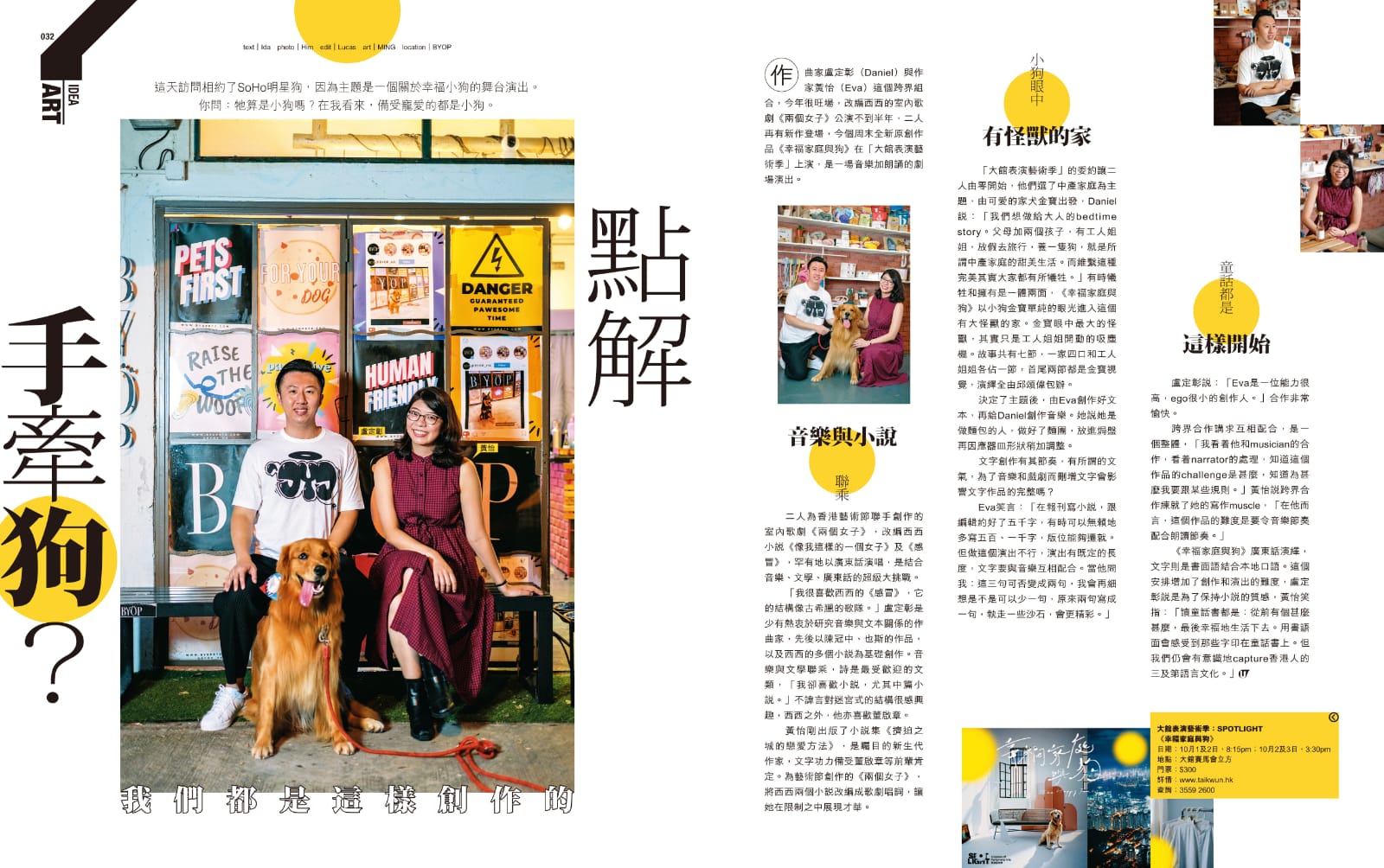 Daniel Ting-cheung Lo is one of the most active composers in Hong Kong, frequently commissioned by local music groups such as Hong Kong Sinfonietta and The Hong Kong New Music Ensemble.

One of Lo’s current compositional interests is to seek ways to integrate music with Hong Kong literature. Recent works inspired by contemporary local writers include two pieces written for music programme Hong Kong Odyssey, commissioned by Hong Kong Arts Festival 2017; a choral work Mary’s Chalk Circle for narration, unaccompanied choir and video, presented by Hong Kong Voices in June 2017; a chamber opera A Woman Such as Myself (based on Xixi’s short story A Girl Like Me), premiered in New Opera Days Ostrava (Czech Republic) in June 2018; a semi-staged cantata The Banquet at el Bulli (based on Ye Si’s short story) was presented by Hong Kong Voices in January 2020. In 2019/2020, Lo and novelist Eva Wong were commissioned by Hong Kong Arts Festival to collaborate on a chamber opera in Cantonese Women Like Us, adapted from two of Xixi's short stories A Girl Like Me and The Cold (originally scheduled to be staged in 2020 and is now postponed due to pandemic).

Hong Kong writer Wong Yi is the winner of several literary awards, including the Hong Kong Arts Development Awards 2018 Award for Young Artist (Literary Arts). She has been a judge at local literary competitions, and a columnist at various local newspapers and magazines, including Ming Pao Weekly, Sunday Ming Pao, Fleurs des lettres, Linepaper. She is currently the editor-at-large at Fleurs des lettres and the host of RTHK’s radio programme “Book Review”, and is one of Unitas Magazine’s “20 Young Sinophone Novelists To Watch”.

She is the author of 3 short stories collections The Four Seasons of Lam Yip (2019), Patched Up (2015), and News Stories (2010). Selected stories and essays were translated into English and published in Neighborhood (Spicy Fish Cultural Production, 2019) and The Pulse of Nature — Mid-Levels West (MCCM Creations, 2019). In 2019, at the invitation of the Hong Kong Arts Festival, she wrote the libretto for the Cantonese-language chamber opera Women Like Us by Hong Kong composer Daniel Lo.

Wong graduated from the University of Hong Kong reading Psychology and Comparative Literature and holds a Master of Arts in English from King’s College London.

Yu Wing-yan is a multi-talented media artist. Her wide range of works include illustration, animation, videography, and sound. She concerns interrelation between arts, creators and its receivers, and believes the undiscoverable sensation and intelligence could be portrayed in art.

Recently she made a number of documentaries on Hong Kong craftsmen, documenting their creative process with which she explored the experimentality of videography, computer application and sound. She is also keen on expanding the potential of drawing and animation as a medium of storytelling. Her works have been shown in Hong Kong, Denmark, London, by Hong Kong Museum of Art (2019), Dynamo (2018), SPLICE (2018), The Fringe Club (2017), Cattle Depot Artists Village (2017), JCCAC (2017), RTHK (2016), among others. In 2017, she collaborated with Hong Kong composer Daniel Lo and made the video for his Mary’s Chalk Circle for narration, unaccompanied choir and video.

Yu received her Bachelor of Arts (Visual Studies) from Lingnan University in 2011, and her Master of Fine Art (Creative Media) from School of Creative Media, the City University of Hong Kong in 2019.

Winner of the Best Actor in the 22nd Hong Kong Drama Awards (Comedy/Farce), Yau Chung Wai is regarded as one of the most prominent actors in Hong Kong. Besides being a freelance actor, theatre instructor and a member of the music group, “Da air refresher”, Yau Chung Wai has founded The LOL Drama Workshop, dedicated to offering themed performance training programs for stage, film and TV practitioners.

Angus Lee is a versatile Hongkong-based performer-composer. Trained as a flautist, Lee completed his studies at The Hong Kong Academy for Performing Arts (HKAPA) in 2014 and the Royal Academy of Music (RAM) in 2016 with the highest honours, with full scholarships from the Aedas Foundation and the Hong Kong Jockey Club Music and Dance Fund. Parallel to his flute and composition training, Lee studied conducting under the tutelage of Alan Cumberland (HKAPA) and Sian Edwards (RAM). He has taken part in conducting masterclasses organised by the Asian Youth Orchestra and the Orkney Conductors' Course.

A keen promoter of new music, Lee has led numerous world and regional premieres of works by Hong Kong and international composers. He often steps up to conduct the premieres of new works at music festivals within a short notice, notably, conducting the Frankfurt-based Ensemble Modern at the world premiere of 7 new works by young composers in the Ticino Musica Festival 2019. Other notable conducting performances include Hong Kong premieres of works by Nico Muhly, Franck Bedrossian and Guillaume Connesson at the PRISM Chamber Music Festival (Hong Kong; 2018 & 2019). He also performance as a conductor at the ACL Asian Music Festival (Japan; 2017) and the ilSUONO Contemporary Music Week (Italy; 2016).

Open Call for Drawing for “The Happy Family”: Gumbo at Home
In the novel “The Happy Family”, the pet dog Gumbo is the guardian of the home and works his tail off to defend his family from the “monster”. What do you imagine Gumbo to be? Is he large or tiny, furry or shiny? Which colour do you imagine Gumbo as, and do you believe he has a tail that wags? Allow yourself to imagine what Gumbo’s favourite snack, toy or trick could be.

We invite children and adults who love to imagine to join our open call by bringing Gumbo to life in drawings.

Selected submissions will be displayed at the reception area of “The Happy Family” at JC Cube of Tai Kwun on the performance days (01-03.10.2021). The drawings will also be included in a novel sequel to be written by Wong Yi and released on Tai Kwun platforms. The first 15 qualified submissions will receive a $50 book coupon. 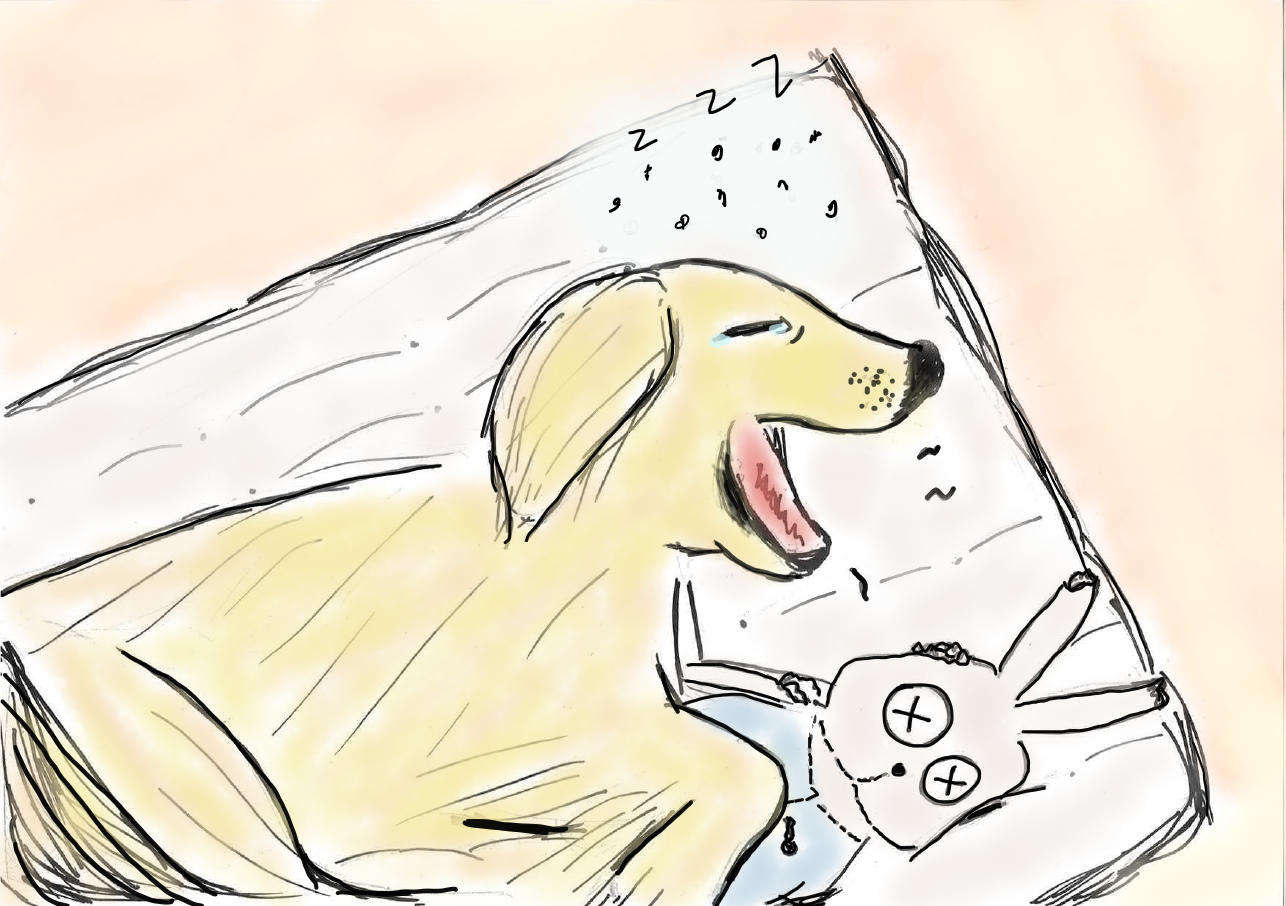 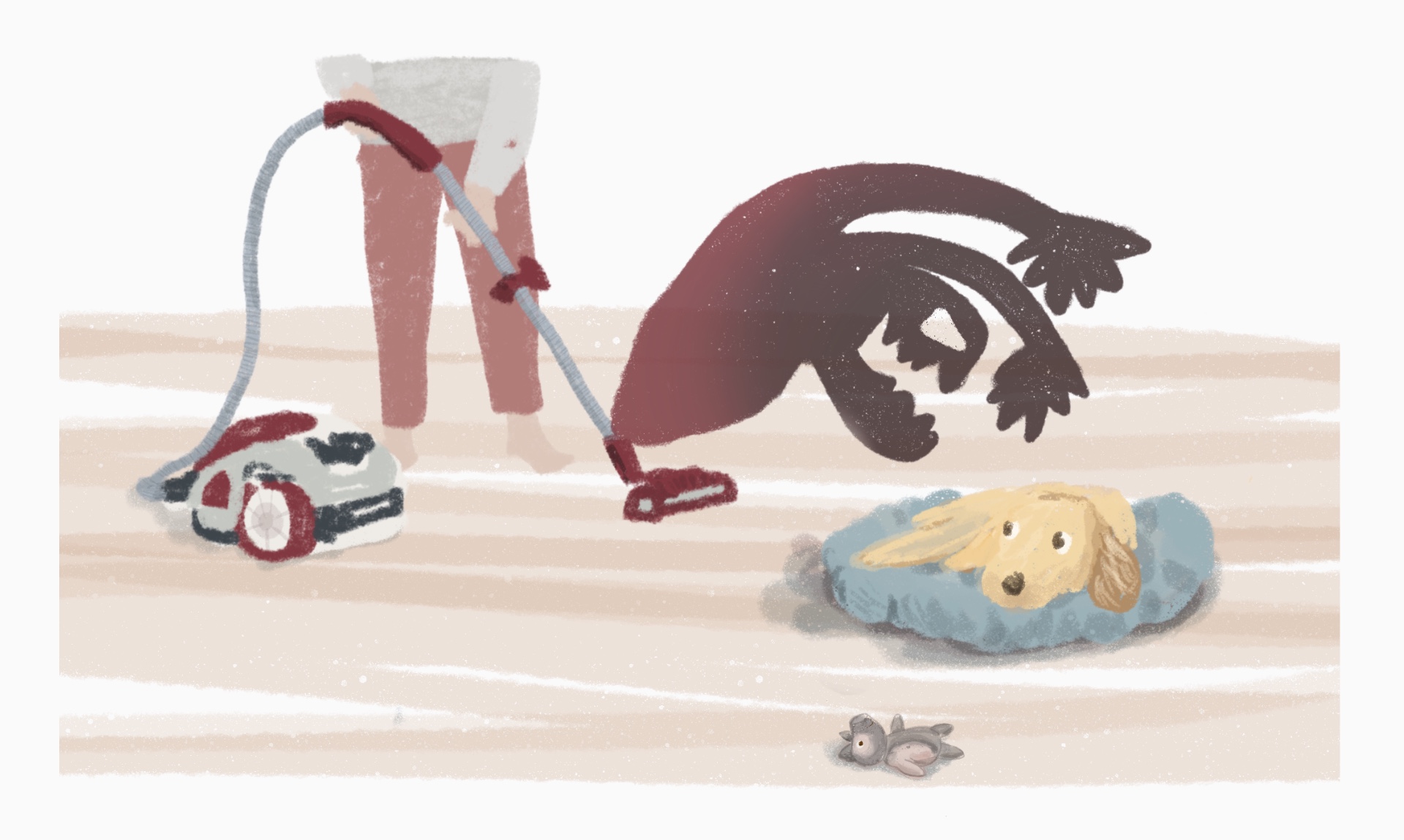 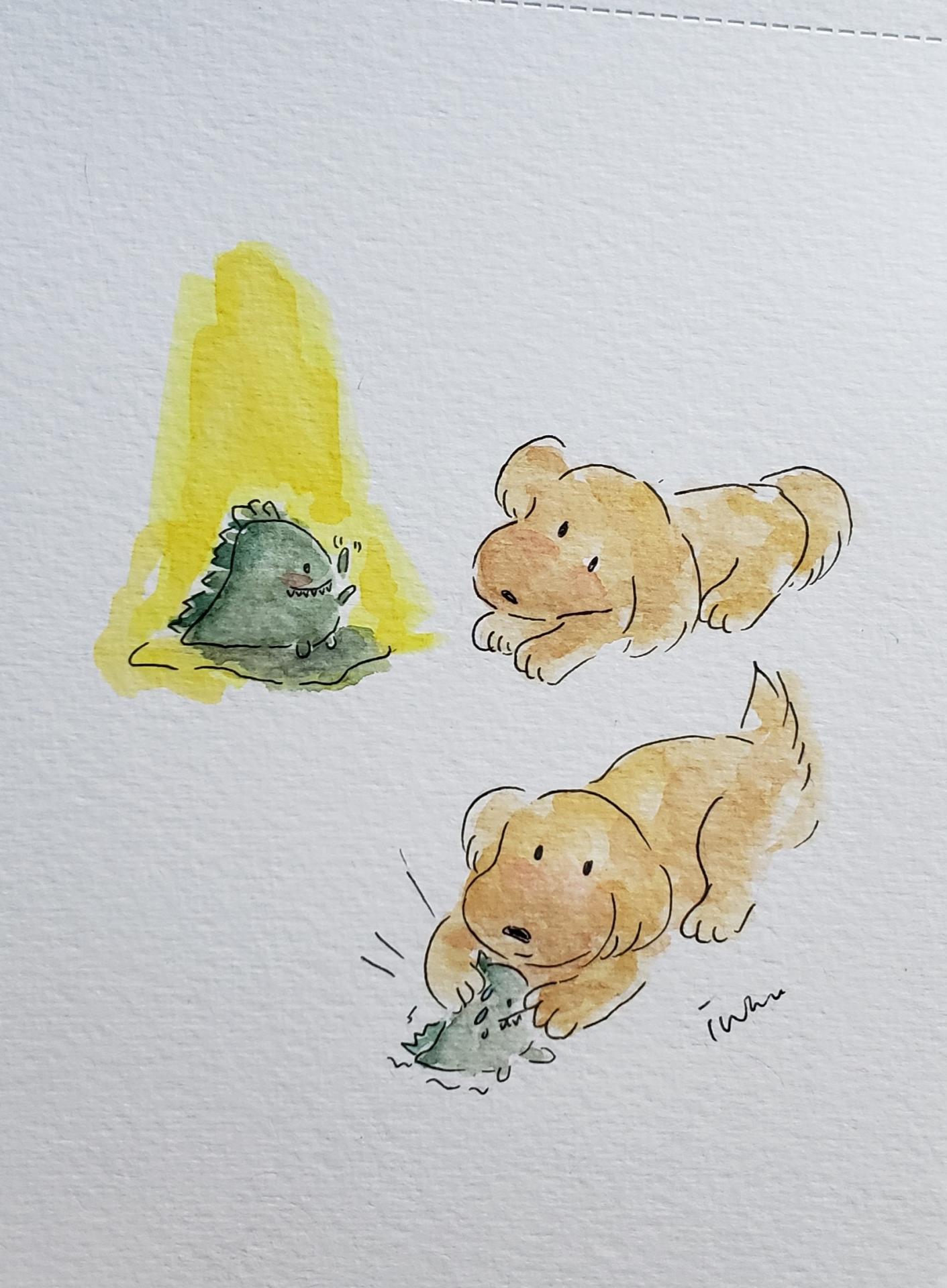