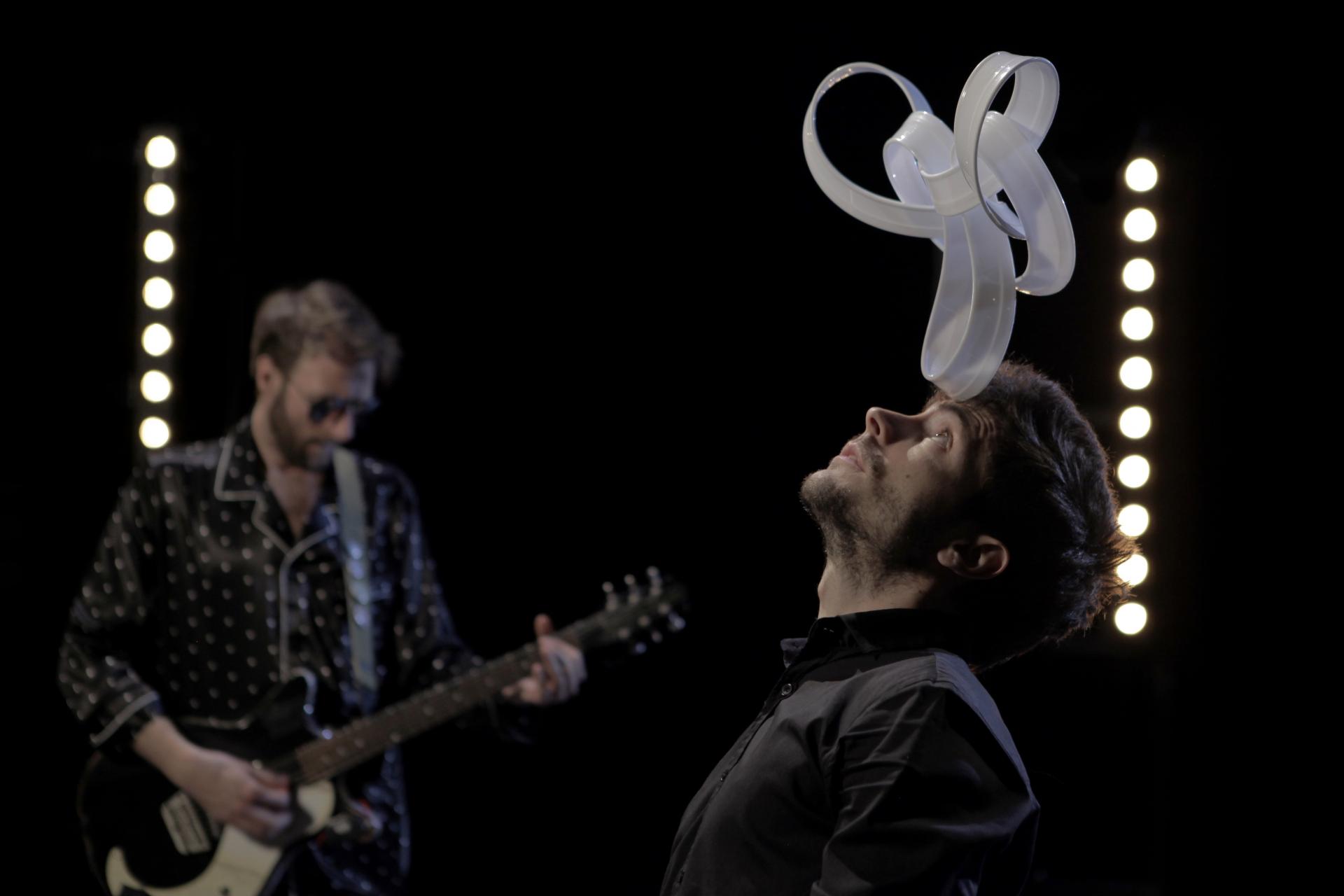 This year in the Tai Kwun Circus Plays, two jugglers and a drummer welcome you to a crazy playlist. Mixing smooth jazz with garage rock and playful juggling acts with crazy stunts, the show culminates with an acoustic love song performed by the world’s smallest balls and rings. Part meticulous juggling, part kids’ game and fusing head banging music with Japanese kimonos, LOOP invites you to sing if you know the lyrics, light your lighter for the grand finale and boo the drummer when his solos are too long. Just come to enjoy a juggling show like you would rock a concert and experience the pure pleasure of a guitar riff and a great ball catch!

The performance will last approximately 60 minutes without intermission.

After training at the Circus Superior School of Lido in Toulouse, Neta and Gon created 3 x 3, their first show, in 2015. Gaëtan joined them the following year to form the Compagnie Stoptoï around a common project: LOOP.

Neta and Gon met Gaëtan when he was accompanying the Protocol Collective at the Maison des Jonglages de la Courneuve for an improvised performance. As his physical engagement resembles that of a juggler, he was invited to join the LOOP project.

The three artists spent their time doing seemingly “useless” things: Neta throws bullets in the air as Gon twists plastic rings and Gaëtan taps rhythm on crates...they are convinced that by repeating these actions without purpose, they will eventually discover the meaning of life.