The inaugural exhibition Dismantling the Scaffold, curated by the Hong Kong curator Christina Li and presented by Spring Workshop at Tai Kwun Contemporary, brings together works from local and international artists and collectives, a constellation of artworks which engage with the social and civil structures we collectively inhabit.

The artistic positions in the exhibition aim to open up insights as well as questions that reimagine and examine the established conventions and norms conditioning how we navigate and give shape to our everyday lives. The two major keystones in the exhibition concept are the site’s history and collaboration: the unique background of the site of the former Central Police Station compound—as a police station, magistracy, and prison in the past—as well as the collaboration of two contemporary art organizations at a convergence in their timelines—the beginning of Tai Kwun Contemporary and the planned hiatus of Spring Workshop after its 5-year operation.

The “scaffold”—the main motif for the exhibition—is commonly understood as a temporary support structure deployed while a building is being constructed or repaired. In its lesser-known usage, a scaffold can also refer to a construction used in the past to stage public executions and punishments. The title Dismantling the Scaffold thus brings together these two definitions in order to draw attention to the site’s previous historical function before its current transformation, all the while looking forward to its new role as a permanent cultural institution and heritage site in Hong Kong.  Under this central metaphor of the scaffold, artworks in the exhibition explore art’s potential to illuminate and unpack our relationship with society at large. They offer poignant reflections of the invisible and visible structures that constitute and organise our daily existence among our surroundings. The personal and collective artistic presentations raise questions about various issues such as social participation, commodification, exclusion and confinement, urban development, collaboration, and human welfare in both public and private spheres. Dismantling the Scaffold thus hopes to offer alternative interpretations to the social conditions which underpin our experience as human beings. 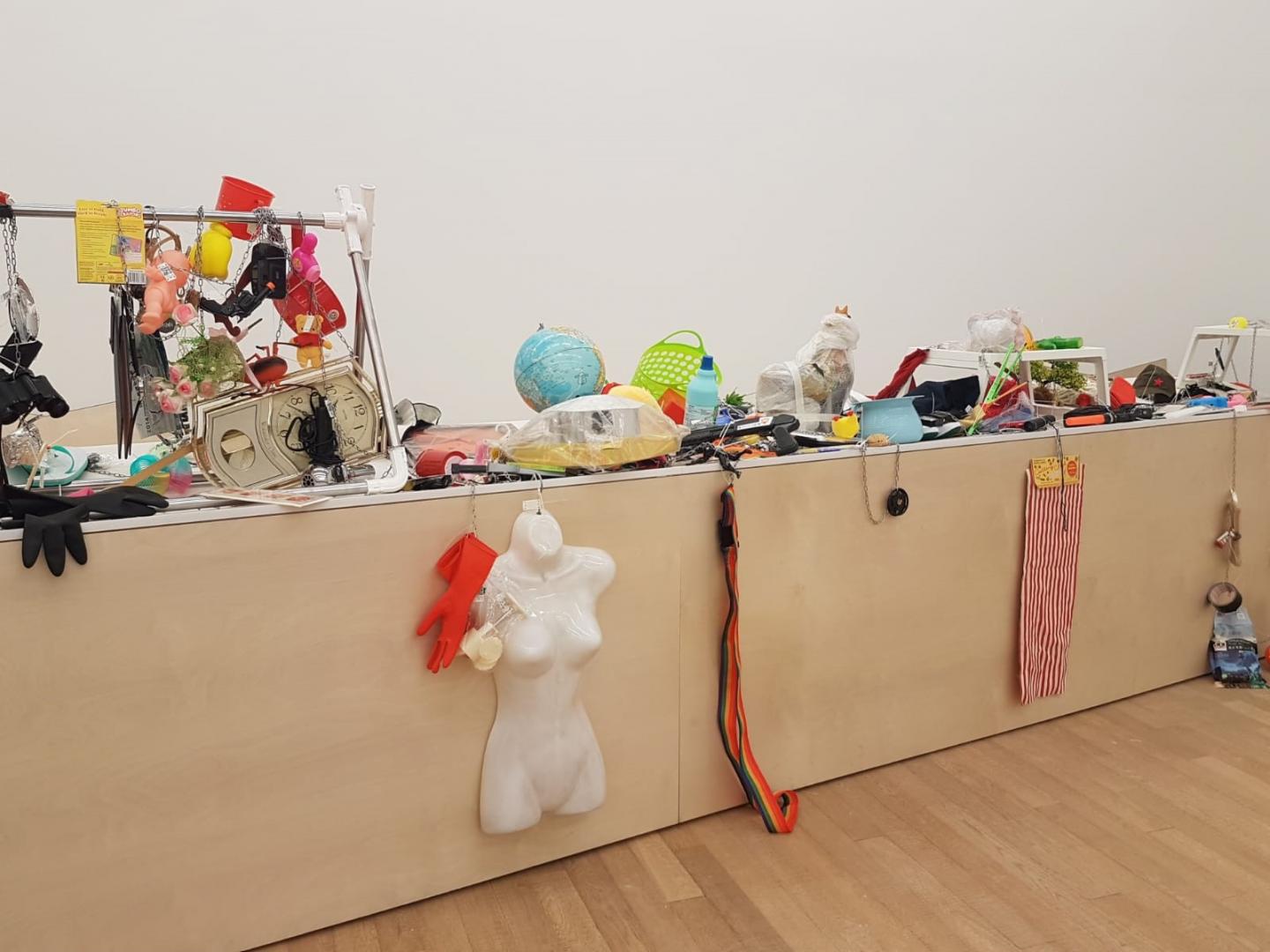 Christina Li is a curator working between Hong Kong and the Netherlands. She graduated from the University of Hong Kong with a degree in Fine Arts (Art History) and Comparative Literature, and completed de Appel Curatorial Programme in 2009. She is the Curator-at-Large at Spring Workshop, Hong Kong where she served as the Director between 2015 and 2017. At Spring, she curated among other projects: A Collective Present (2017); Wu Tsang: Duilian (2016), Wong Wai Yin: Without Trying (2016), Days push off into nights (2015), and Des hotes: a foreigner, a human, an unexpected visitor (2015). With Heman Chong, she has launched Stationary, a collection of short stories, and co-edited the upcoming volume with writer and artist Malak Helmy which can be found on www.stationarystories.com.

Christina previously worked as a curator at Para/Site Art Space (Hong Kong) from 2005 to 2008, and was the Assistant Curator of Making (Perfect) World: Harbour, Hong Kong, Alienated Cities and Dreams, the Hong Kong Participation of the 53rd Venice Biennale. Her other projects include: The Goethe-Institut’s Pyongyang Reading Room: Between Object and Shadow (Goethe-Institut Amsterdam, 2013); A Map of Misreading (TENT, Rotterdam, 2012); Icarus 13: Cinematic Narratives from Elsewhere (BAK, Utrecht, 2011); Prologue – Speculations on the Cultural Organisation of Civility (SKOR and various locations, Amsterdam, 2010); Not Yesterday, Not Tomorrow (Cable Factory, Helsinki, 2009); and Weak Signals, Wild Cards (de Appel, Amsterdam, 2009). As a writer, she has contributed to catalogues and publications such as Artforum, Art Review Asia, LEAP, Parkett, Spike, and Yishu Journal of Contemporary Art.

About Spring Workshop
Founded in 2011 as a five-year project, Spring Workshop is a cultural initiative that experiments with the way we relate to art. With an international cross-disciplinary programme of artist and curatorial residencies, exhibitions, music, film and talks, Spring has served as a laboratory for exchange between artists, organisations and audiences in Hong Kong and abroad. In December 2017, Spring ceased its usual activities to begin a planned season of rest and transformation.