Currently the Quartet in Residence of Premiere Performances of Hong Kong and formed by four musicians all born and raised in Hong Kong, the Romer Quartet was named after the Romer's Tree Frog, endemic to Hong Kong. The quartet has been recognised locally and abroad as one of the most active string quartets in town since its debut in 2013. Cong Quartet, the first place and Grand Prize winner of the 2019 Salzburg Mozart International Chamber Competition in Tokyo and the current Ensemble-in-Residence of the Chinese University of Hong Kong, was named after their founding members’ last names which also alludes to Hong “Kong”, where they grew up and played together before the Quartet was officially formed in the United States in 2015. Both quartets have a name emphasising their Hong Kong identity, and they also share the philosophy of promoting Asia and Hong Kong’s own chamber repertoire, as well as integrating chamber music into the daily lives of the audience.

In these two concerts, the Romer and Cong Quartet will perform the second quartet by Czech composer Erwin Schulhoff, Consensus for String Quartet by American composer Lawrence Dillon, and Shostakovich’s powerful third String Quartet in F respectively. They will also join together to perform the famous Mendelssohn String Octet, as well as giving the premiere of a commissioned piece for double string quartets, Double Exposure, by Hong Kong Composer Joyce Tang. 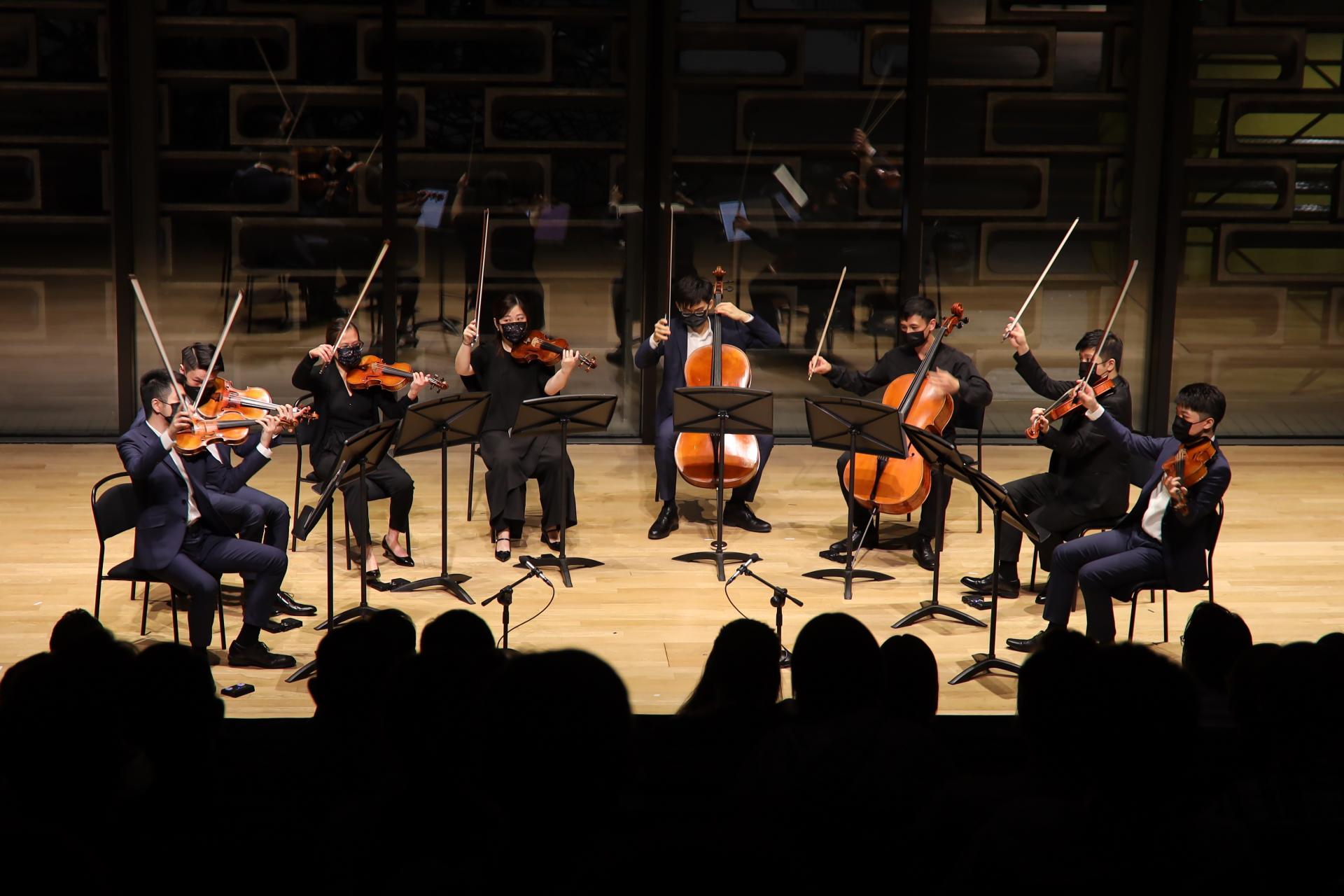 Approximately 2 hours including a 20-minute intermission

Approximately 2 hours including a 20-minute intermission

Founded at the Indiana University Jacobs School of Music in the United States, Cong Quartet has performed around the globe and established themselves as an energetic and enthusiastic group. Currently the Ensemble-in-Residence of the Chinese University of Hong Kong, Cong Quartet was the first prize and Grand Prize winner of the 2019 Salzburg Mozart International Chamber Competition in Tokyo.

Supported by the Emerging Artists Scheme of the Hong Kong Art Development Council (ADC), Cong Quartet is currently a quartet of the Nederlandse Strijkkwartet Academie (NSKA) in Amsterdam, they are also on the young artist roster of the Musethica in Europe and are invited to participate in the upcoming Juilliard String Quartet Seminar. In the past few years, The Quartet has performed concert series in New York, Tokyo, recitals at the Bard College and Texas Christian University as visiting artists, a residency for the composition department at University of North Texas, served as the performing quartet and judges of the New Generation 2019 call-for-score competition of Hong Kong Composers' Guild, as well as collaborations with local venues & organisations in Hong Kong such as the Hong Kong Museum of Arts, RTHK, Tai Kwun, West Kowloon Cultural District, World Culture Festival and St. John‘s Cathedral.

Cong Quartet share the philosophy of promoting Asian and Hong Kong’s chamber repertoire, as well as integrating chamber music into daily lives of the audience. The name of the quartet, “CONG” is a combination of the quartet founding members’ last names that alludes to Hong “Kong”, where the members grew up and played together since their teenage before the Quartet was officially formed.

Cong Quartet is currently under the support of the Stichting Utopa (The Utopa Foundation).

Named after the Romer's Tree Frog endemic to Hong Kong, the Romer String Quartet is a genuinely local ensemble formed in 2013 by four homegrown musicians.