Music has consoled our hearts during a time of isolation, but nothing is more powerful than sharing it together in the same space. Ready to receive visitors in March, Tai Kwun Laundry Steps will turn into a jamming stage where some of the best musicians in town come together to connect with audiences again after months of performance suspensions.

Jointly curated by multi-talented pianist Joyce Cheung and jazz veteran Li Tin-yan, Chilled Steps invites notable and up-and-coming musicians including guitarist Eugene Pao, saxophonist Timothy Sun, pianist Bowen Li and more for a series of late afternoon chill-out concerts across March. Come with your friends, family and colleagues to wrap up your day with a breath of fresh melodies. 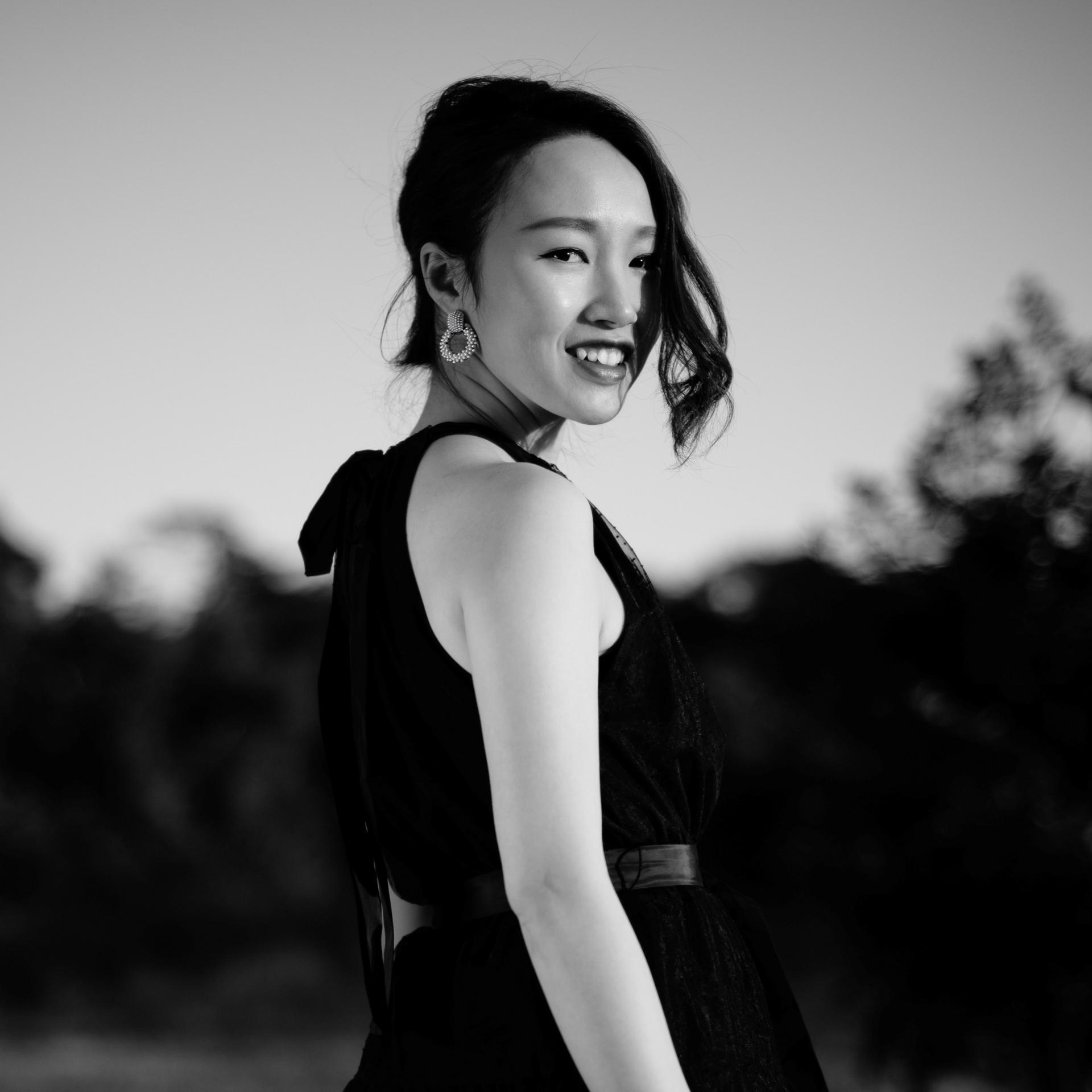 Her debut album, “Set Loose”, was released in September 2020 under Ginger Muse, a recording label that brings local instrumentalists to the world stage.

Joyce’s latest performances including the “Flow: Notes between HK & SG”, organised by the HKETOs in Jan 2021. Last year, she co-curated two of the biggest online shows “The Show Must Go Online” followed by “Show Will Go Online”, which took place at Haw Par Music and funded by the West Kowloon Cultural District. She made her appearance at the Freespace Jazz Fest, Cantonese Pop Star On Chan’s personal concert

Joyce spent her formative years at the Berklee College of Music, graduated with first honors in film scoring and contemporary writing and production in 2014 and then her master’s in contemporary performance in 2017.

Despite her many hats, Joyce is also a dedicated educator. She was invited to conduct masterclasses and performed at Musicians. Education Festival, Prague. She also teaches the Jazz programme at the EdUHK.

A frequent collaborator with local musicians, including Chan Fai Young, Joey Yung, Alfred Hui, On Chan and the Grasshoppers. Joyce was responsible for arranging the latest album of Harmonica World Champion CY Leo, her works also included a 100-piece orchestral and choral musical.

Joyce maintains an active presence in local jazz and pop scene and has had the pleasure of showcase her music live audiences across continents.

Fascinated by neo-soul, R&B and jazz music, her singing style is deeply influenced by these genres. In 2016, she officially started her singing journey at the live house 1563 At The East. Currently focuses on pop and jazz music, Sara has performed in live houses, weddings, malls, events, including Hong Kong International Airport, the Hong Kong Wine & Dine Festival 2017, etc.

In 2019, She also participated in Leo Ku’s “We Tour Part 2” concert and Jan Lamb’s “Happy Monday Standup 2019” stand-up comedy show as one of the choir members in Hong Kong Coliseum.

She has recently collaborated with CoverDog in their unplugged series, covered the songs “Say Something” and “Human Nature” in their music videos.

Besides live performances, Sara C. has also been participated in singing recordings, including recent work of renowned composer Vicky Fung and lyricist Yiu-Fai Chow’s "Social Gathering Ban(d) Song”, and “All The Same” from the multi-media stage show “Utopia, momentarily”.

With over 15 years of experience in jazz guitar, Vincent has developed his own style and technique, which won him various awards including the Best Guitarist Award in the Caritas Music Competition (2007, and 2008).

Embarking on his career as a full-time musician, he has performed with famous musicians and musical groups including II Divo, Ted Lo, AGA, Cy Leo, Moon Haewon (former vocalist of Winterplay), the City Chamber Orchestra of Hong Kong, Yin Ng, Robynn Yip and Patrick Tang. He also took part in Cy Leo’s project “Lost in Time” in 2018. Besides working with different artists, he has formed his own band which focuses on fusion and original pieces.

They also participated in the international jazz marathon 2018, with the well-known jazz trumpet player Alex Sipiagin at Queen Elizabeth Stadium. In the same year, Chung has also join in Alan Kwan Quartet for the jazz re-visit, which held by LCSD at cultural centre.

In 2019, Chung participated as a project director in the cultural ambassador lead by LCSD. Chung is currently the bass player for Eason Chan’s tour band

Drummer born in Hong Kong, Almond is extensively involved across all genres of the local music scene. He performs actively with renowned jazz artists Ted Lo, Eugene Pao, Angelita Li, Howard McCrary, Teriver Cheung, and the Chung Brothers. Pop artists he has collaborated with include Khalil Fong, Ivan Wong, Eman Lam, Aga Kong, Alex Lam, and Robyn & Kendy. Almond tours Europe and Asia with his band "In One Stroke". They launched their album and reached the semi-finals of the EUROPAfest in 2016. They performed in the Hong Kong Jazz Marathon 2018. Almond is also a member of large ensemble Shaolin Fez, which is led by a group of Hong Kong Philharmonic Orchestra players. They performed at the Clockenflap festival in 2012.

Currently studying at the Education University of Hong Kong, Bachelor of Arts (Honours) in Creative Arts and Culture (Music). Chan was the lead of Jazz Ensemble and jazz choir in EdUHK. He is now a jazz bassist for local jazz band, Hong Kong Youth Jazz Collectives (HKYJC) and Laminar quartet. Chan has been exposed to different music education since he was a child, has a wealth of classical music knowledge and also knows many different styles of popular music, including Funk, Jazz, Canto-Pop. He received the influence of traditional classical music since childhood, cultivated an interest in different music styles, and had the courage to try different kinds of music. Later, he focused on music and minored in jazz to improve his understanding of music and personal ability. He has a wealth of performance experience. He has performed at the Hong Kong Jazz Festival, Hong Kong Jazz Marathon etc., and has also acted as a bassist for different orchestras, including The Education University of Hong Kong Orchestra and the Hong Kong Cyber Symphonic Winds etc.

Wong is an active up-and-coming drummer in Hong Kong. Wong started drumming at the age of 15, he explored different music genres from heavy metal, post rock to math rock. Wong acquired Rockschool grade 8 drum set qualification in 2018. At the age of 19, Wong began his journey into jazz, he joined the Happy-Go-Lucky Big Band as the percussionist in 2019, and started to study jazz drumming from local professional musicians such as Antony Fernandez, Samuel Chan, Almond Yueng, and Samson Sin. Wong was the drummer in HKYJC through 2019 to 2021, coached by tutors Lui Ngao Yuen, Bowen Li, Joyce Cheung and Dean Li. He founded the Laminar Quartet alongside fellow young musicians from HKYJC.

Currently studying at the Education University of Hong Kong for a Bachelor of Education in Music & Creative Arts and Culture (Co-terminal Double Degree), Yu is the guitarist of the university’s jazz band, leader, arranger and guitarist of the jazz choir, and the guitarist for the Happy-Go-Lucky Big Band, HKYJC and Laminar Quartet. Yu was obsessed with the electric guitar since the age of 12 and taught himself how to play. He was exposed to pop and rock music at an early age, and was deeply inspired to play jazz through the influences of artists such as Guthrie Govan and Julian Lage. Yu achieved the highest score in the Rockschool grade 8 electric guitar exam in 2015, and was the guest performer for the Rockschool Graduation Ceremony that year.  Yu has a multitude of performance experiences. He worked as an accompaniment for artists such as Di2da, Jade Kwan and Vivian Chan. He also performed in the 90th anniversary live TV event organised by RTHK Radio 4.

Classically trained, graduated from HKBU majoring in contemporary composition, Chan is currently working as a film composer. Among the plethora of genres and fields of music he is interest in, jazz is near and dear to his heart. Upon his initial occurrence with jazz in 2016, Chan was immediately entranced by the genre. He dedicated his exchange to the USA learning the roots of the music and advancing his craft in jazz piano. Per his return to Hong Kong, he continues to study with local musicians and joined the Happy Go Lucky Big Band, HKYJC and formed the Laminar Quarter with fellow young musicians. Chan can be found actively performing at events such as the Freespace Jazz Fest in 2020. Apart from his pursuits in jazz, Chan also scores for films and TV shows under composer Day Tai. He participated in a number of local productions since 2019, namely the ViuTV series “Leap Day” and the movie “The Way We Keep Dancing”.

Moon Tang, a Thai-Chinese singer-songwriter hailing from Hong Kong. After winning first runner up in the Hong Kong Supernova 2017, Moon began her music career and has been active in performing arts ever since.

The following year as a committee member of the Hong Kong Polytechnic University 37th Polyarts Acoustic Music Society Moon took up the mantle of co-director for the annual performance and was well-received.

microfilm “霓虹黯色 - 微電影” by HongKongNeonLights gained attraction and is currently viewed more than 620,000 times on YouTube.

Music has been an escape for Moon to express freely and honestly. Come get lost in her curious world.

Studied classical music at University of Bristol, Justin is now working as a full-time musician. He participates as a guitarist and arranger in the music industry, and has delivered various performances with professional singers, such as Janice Vidal, Jill Vidal, Alfred Hui, JW, Jay Fung, Jeremy Lau. He also worked with local repertory theatres, like Hong Kong Repertory Theatre and Musical Trio.

Timothy Sun began his music studies at the age of 7. In 2001 became the first Chinese saxophone and clarinet student of the Guildhall School of Music and Drama under a full scholarship for his Bachelor’s degree, where his principal teachers were the saxophonists John Harle and Christian Forshaw. 2006 Sun completed his Master’s degree under a school scholarship and received the highest score in the final recital.

Timothy Sun is one of the artists of the “Buffet Group” and “Vandoren Paris” He is currently saxophone lecturer coach at the Macau Conservatory, Macau Polytechnic Institute and the Baptist University.

Charles Ng is regarded as a prominent classical saxophonist from Hong Kong. He is a member of the world-renowned saxophone quintet Five Sax – a professional Vienna based ensemble. Ng is also the co-director of the Dawn of Asia Saxophone Project (DASP) – an international saxophone ensemble assembled by elite saxophonists from all over the Pan-Asia area. He is guest saxophonist at the Hong Kong Philharmonic Orchestra, Hong Kong Sinfonietta and Hong Kong New Music Ensemble. From 2019 Charles Ng serves a faculty member of the Hong Kong Academy for Performing Arts where he teaches Saxophone as a Major Subject. He is a proud endorser of the D’Addario Woodwinds and Selmer Paris Saxophone.

Kevin Ling is one of the most active saxophonists in Hong Kong. He is one of the founder members of the Hong Kong Saxophone Ensemble, which do touring regularly around the world to join many international saxophone events. He also set up a local saxophone ensemble named the Holiday Sax, which provide a platform for young players and students to perform in public. Kevin regularly works together with local and overseas composers, to premiere their works in many International saxophone events around the world. Apart from education and performance, Kevin also served as an adjudicator, he was invited by the Instituto Cultural do Governo da R.A.E. de Macau to be one of the adjudicators in the Macao Youth Musicians Competition.