Tickets available at Urbtix from 1 June 2019.

The performance will last for approximately 216 minutes with 1 intermission.

The Met: Live in HD presents high-definition screenings of opera performances in the Metropolitan Opera House, one of the best opera houses in the world. Its dazzling productions are filmed by 14 different cameras in high definition format and transmitted to cinemas across the world.

The Metropolitan Opera, under its 16th general manager Peter Gelb, pioneered live HD movie-theatre simulcasts in 2006. The Washington Post has praised the broadcasts: “The HD broadcasts are the most successful single element of Gelb’s tenure, and have proved truly visionary.”

The acclaimed performances now reach over 2,000 venues in 70 countries and receive rave reviews. The impact of the live performances remains spectacular on screen. Hong Kong opera lovers can enjoy world-class performances comfortably in local cinemas with a ticket price of HK$210, compared to ticket prices of up to US$495 in New York.

The experience of watching the Met: Live in HD is the next best experience to being in the opera house itself; the wonderful closeups and backstage interviews provide added value. Many of our patrons have started out as opera newbies but are now confirmed fans. It’s a wonderful way to step into the world of opera! 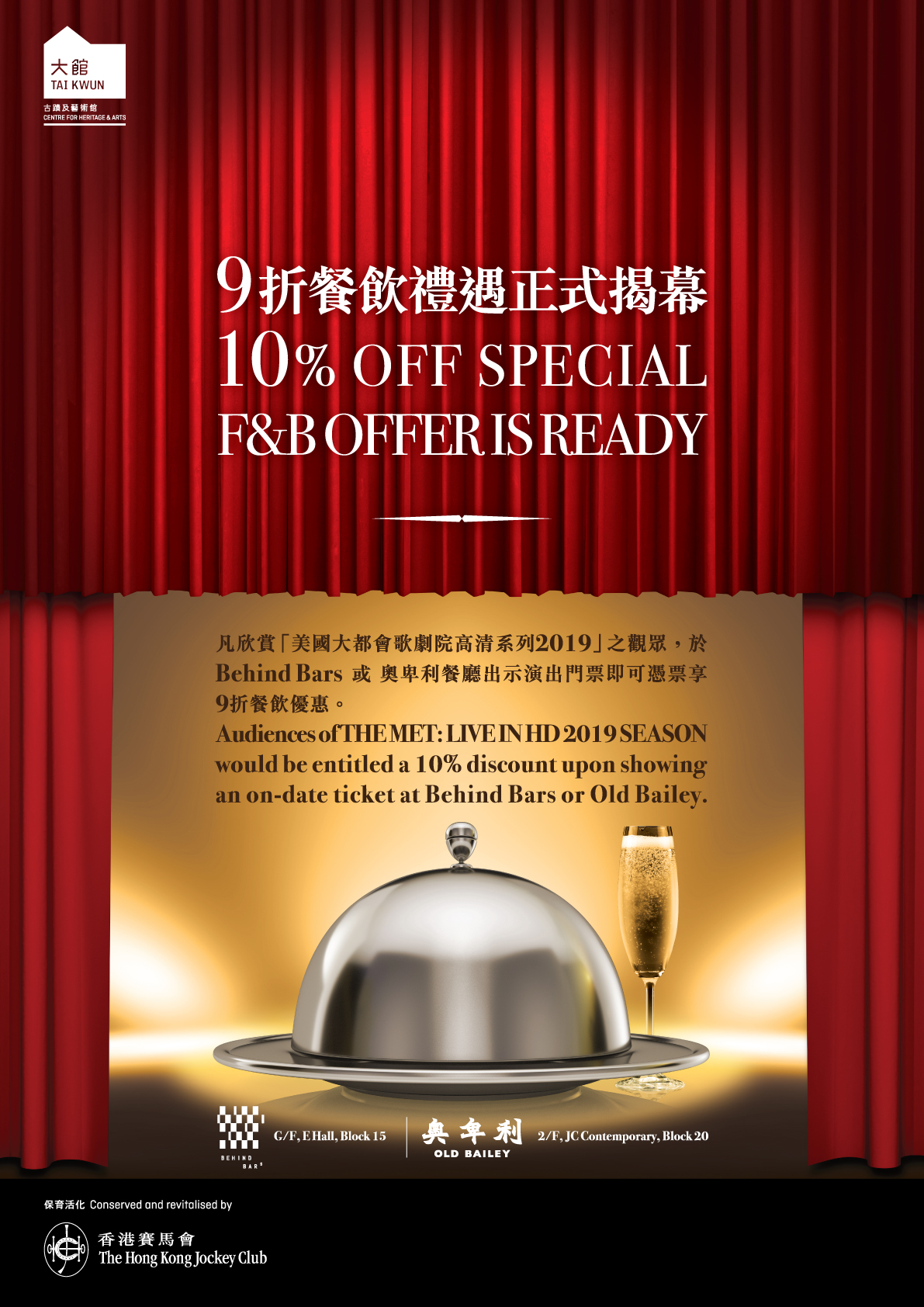 Audience of THE MET: LIVE HD 2019 SEASON are entitled to a 10% discount* upon showing a same-day ticket at Behind Bars or Old Bailey. Come and have a drink or meal along with the opera screening!

*The offer cannot be used in conjunction with any special promotions.
*In case of dispute, the Behind Bars and Old Bailey management reserve the right of final decision.