Two Trumpets, a horn, a trombone and a tuba: Five professionals who came together to provide the apex of brass chamber music – the brass quintet. The traditional brass quintet often gives a sense of solemnity and grandeur. However, it also has a fun and energetic side. MR. Brass will re-arrange your beloved movie music from the past to present, and bring you a chilled afternoon of swinging jazz. A perfect opportunity for audience to relax while learning listening to a diverse genre of music, why not turn up and enjoy?

Debut in December 2017, MR. Brass is a brass quintet founded by five professional “Mr”s based in Hong Kong. Our vision is to bring unique and excellent brass chamber music to audience all over the city. We are committed to bringing brass chamber music playing to the next aesthetic level through a wide range of repertoire, professionalism and the utmost passion. At the same time, we promote brass chamber music through education such as school concert, masterclass, and seminar so on in order to nurture the next generation of musicians. 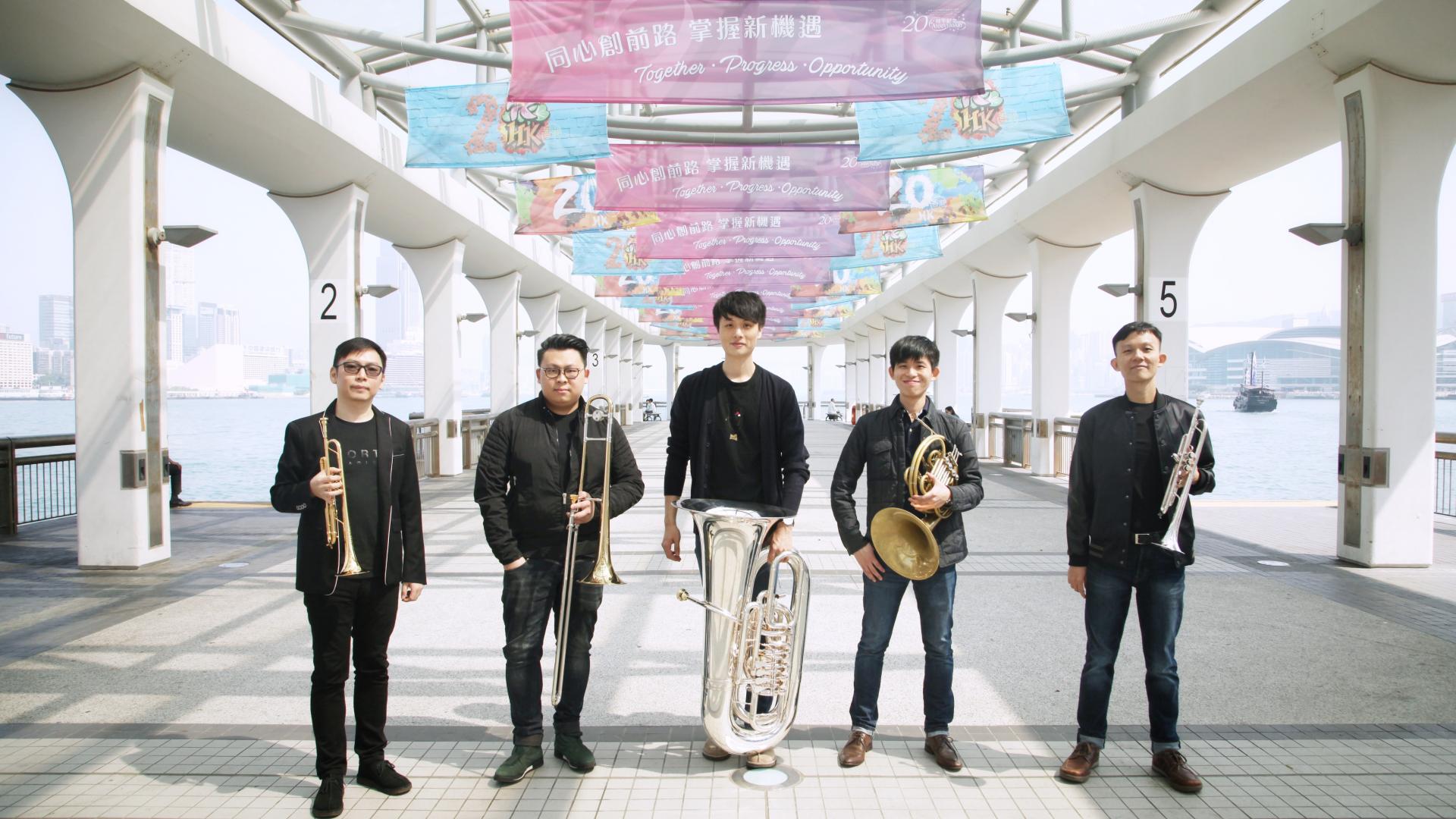 String quartet or classical music usually inclines a serious feeling to the public. Romer String Quartet is looking forward to sharing music with the audience at Tai Kwun in such a close distance.

“Salon” refers to a warm party. Romer String Quartet will have its Tai Kwun Debut on July 8 and would love to invite everyone to join this party. Aged, sickness and death are the life cycle. Romer has prepared different perspectives in the concert “Death” on July 15. On September 2, “Partnership”, Romer will invite the trombonist Christopher Rodgers and the chromatic harmonica player Harry Choi as guest performers, and will also perform a contemporary work by Hong Kong composer Austin Yip.

Named after Hong Kong's endemic Romer's Tree Frog, the Romer String Quartet is a genuinely local ensemble formed by musicians all born and raised in Hong Kong. The quartet has been recognised locally and abroad as one of the most active string quartets in town since its debut in 2013. It has given performances at Carnegie Hall in New York, United States, Shanghai Concert Hall, Toppen Hall in Tokyo, Japan, festivals including Hong Kong Art Festival, West Kowloon FreeSpace Happening, Taiwan Hong Kong Week, and has worked on projects with LCSD, RTHK, Hong Kong Sinfonietta, Hong Kong New Music Ensemble and Premiere Performances Hong Kong. As teaching artists the quartet was the Ensemble-in-Residence of the Department of Music, The Chinese University of Hong Kong in 2014-2015.

Principal Trombone of the Hong Kong Sinfonietta since 2014, Christopher Rodgers grew up in a musical family in Oxford, Mississippi, USA. He received a Bachelor of Music degree at the University of Utah, where he studied with Larry Zalkind. He then joined David Jackson's trombone studio at the University of Michigan, where he completed Master of Music degrees in both trombone performance and chamber music performance. Previous teachers also include Donn Schaefer and Colin Williams.

In addition to his position with HKS, Rodgers has performed with the Utah Symphony Orchestra and the Macao Orchestra. He has given solo and chamber recitals, as well as educational performances and presentations at several schools in Utah, Michigan, and Hong Kong. In the USA, Rodgers has participated in the National Symphony Orchestra's Summer Music Institute, the Hot Springs Music Festival, the National Brass Symposium, and the Southeast Trombone Symposium.

Harry was featured in various prestigious performances, including a solo performance jointly invited by HKSAR and HKHA in Shanghai World Expo. In APHF 2016 Taiwan, the group Duo Volce was awarded the Champion of the harmonica original category. Since then, the group was invited to perform at different concert events, including the Tai Kwun Monday Afternoon Series. Harry was invited as jury of the Seoul International Harmonica Festival (SIHF) every year. Since 2018, Harry’s RedBricks Harmonica successfully performed in a three-day festival of the Hong Kong Sevens (Rugby). 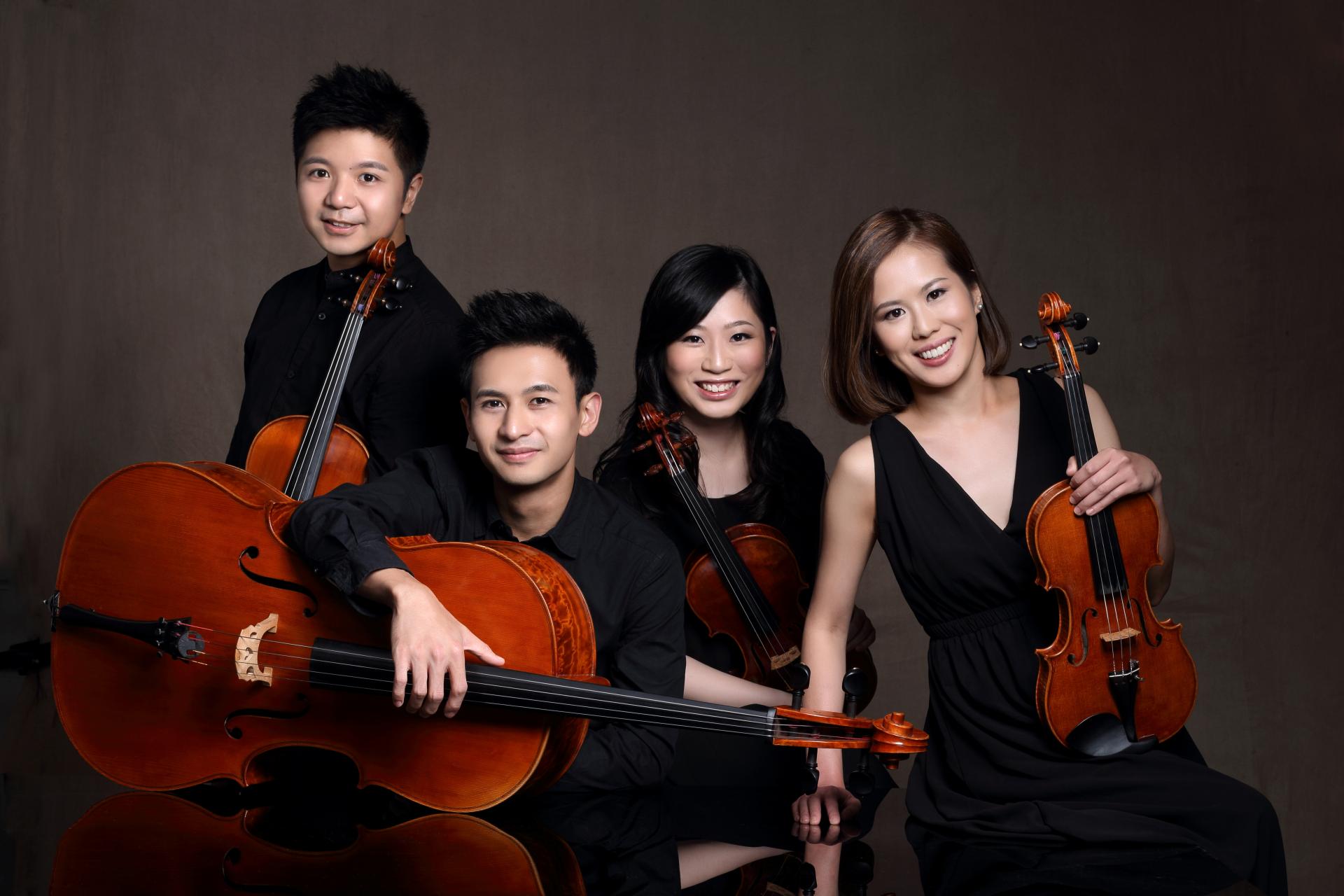 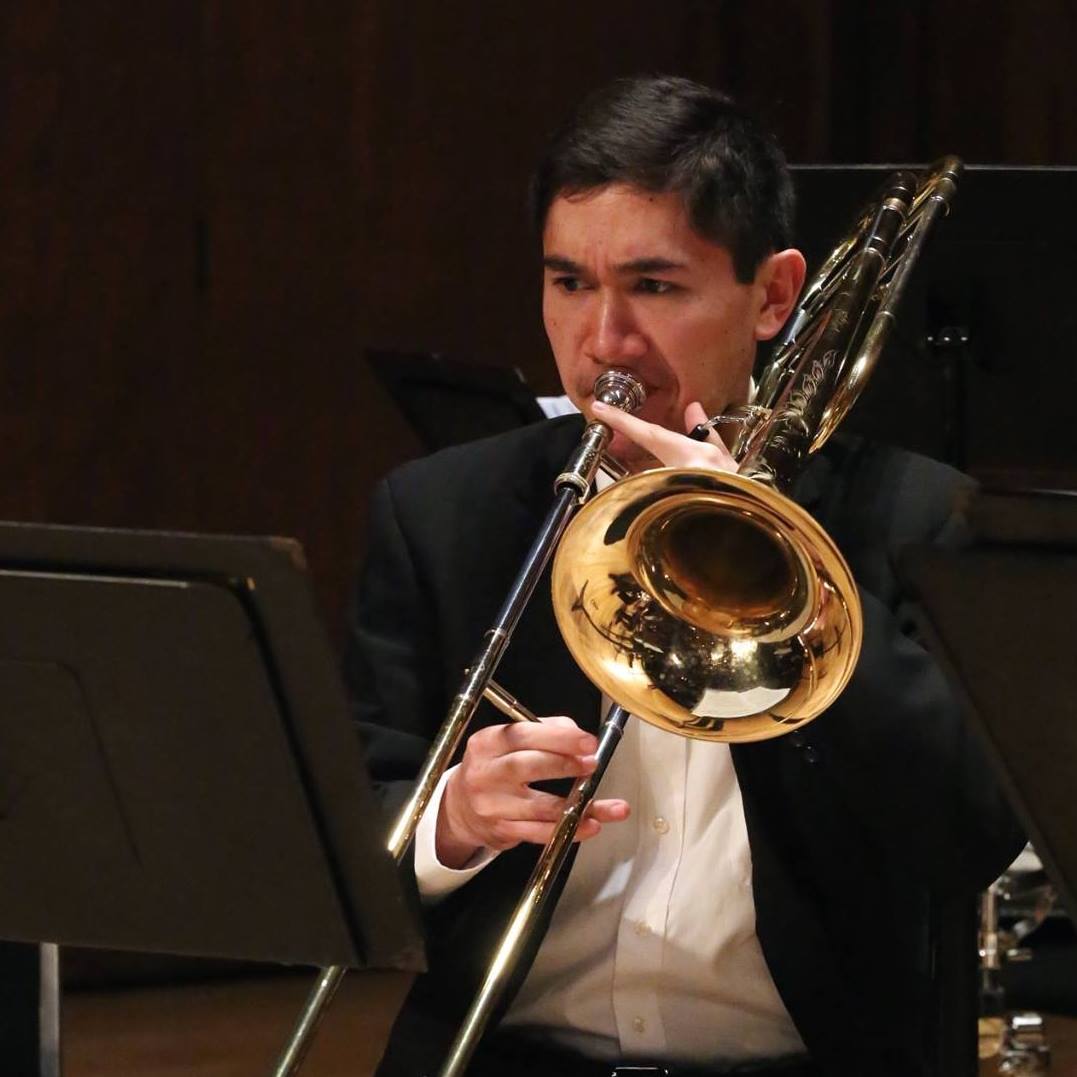 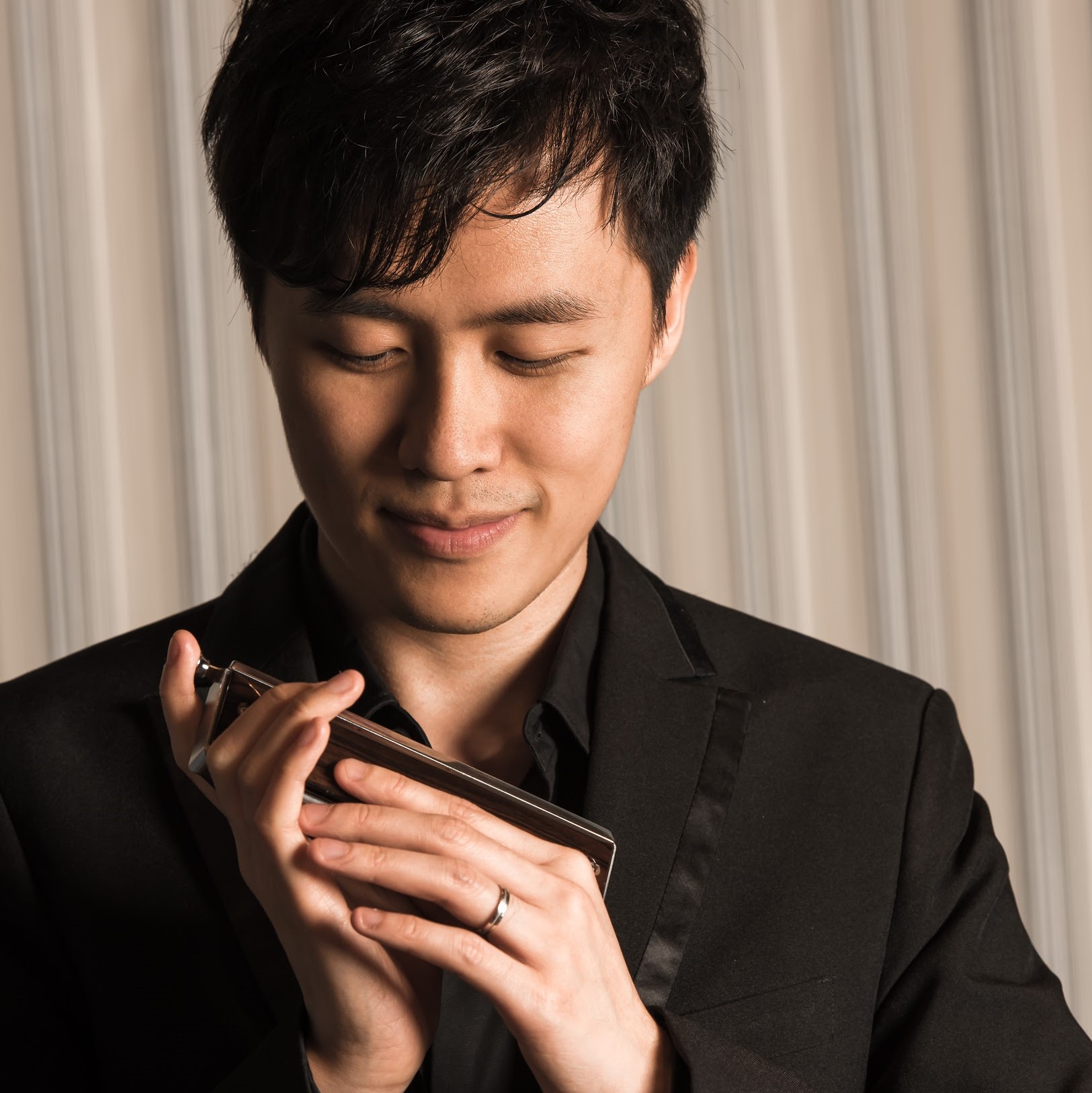 The all-cello orchestra will bring audience a new acoustic enjoyment with a varied style of repertoire ranging from original compositions for cello orchestra to arrangement of classic masterpieces from the standard orchestral repertoire. Marcha de Caballeria is a presentation of energy and momentum; 3 Spanish Pieces are full of characters; The Taste of Old Hong Kong brings back collective memory of the locals; the Pulcinella Suite displays elegance as well as delicacy.

Established in 2018, Pacific Cello Orchestra Hong Kong (PCO) is a summer music program for cellists of advanced levels under the age of 18, aiming to share the pure enjoyment of music and to provide them with the rare chance of a professional music-making experience. Members of the PCO gather for a series of intensive rehearsals and prepare for performances. 2019 PCO comprises 21 cellists rigorously selected by the Hong Kong International Cello Association panel through open applications. PCO made its debut appearance at the Hong Kong International Airport Proms 2018. The grand concert that concluded the summer program was a huge success in 2018. The PCO performance of these young cellists will inspire our audience with their extraordinary concentration, immense dedication to music and remarkable musicianship. 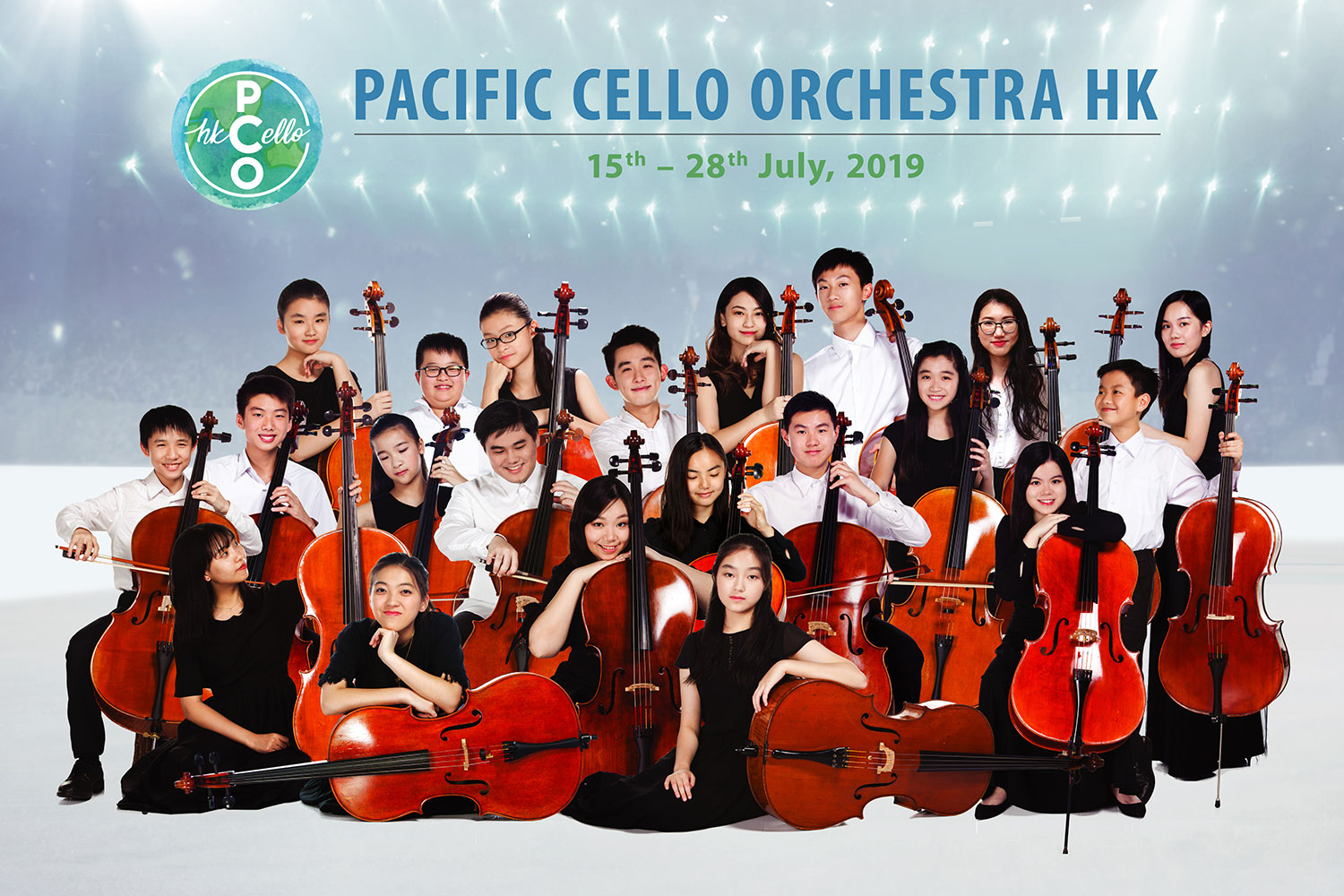 Performances: 05.08 & 16.09.2019
The performance scheduled on 5 Aug will be postponed. Any updates of the performance will be announced at a later date.

Nowadays, young musicians of traditional Chinese instruments acquire skills for playing both traditional and contemporary repertoire. Such diversity is featured in the two concerts. On Aug 5, “Traditional Tones” include favourite classics such as Ambush from All Sides, Moon Light On the Spring River and High Mountains and Flowing Water. Audience can experience the various sound by various pairings of pipa, sanxian and guzheng. The “Contemporary Images” on Sept 16 opens with the folk music originally from Xinjiang and followed by contemporary works tailored made for pipa by Chinese composer Chen Yi and Law Wing-fai.

Performed by Chan Wan-in (Pipa), Lau Mo-wah (Sanxian) & Chan Tin-chi (Guzheng)
The performance scheduled on 5 Aug will be postponed. Any updates of the performance will be announced at a later date.

Chan Wan-in (pipa), Lau Mou-wah (sanxian), Chan Tin-chi (guzheng) and Sylvia Tam (percussion) are award-winning young Chinese instrumentalists to have graduated from The Hong Kong Academy for Performing Arts (HKAPA). They carry on Cantonese music maestro YU Qiwei’s idea of “duality of Cantonese music” that Chinese musicians shall acquire skills to perform both traditional and contemporary repertoire. These four musicians first met at school and their collaborations continue till today, either as a chamber ensembles or as current members of Hong Kong Gaudeamus Duhang Ensemble (HKGDE).

Chan Wan-in graduated with a master of music degree at HKAPA, under the tutelage of Zhang Yin. When she was still a student, she was invited to perform in Finland. Chan is concurrently the deputy chair of HKGDE and a core member of Yue Pipa Ensemble. Lau Mo-wah studied sanxian with Zhao Taisheng and is currently a part-time instructor and part-time performer of the Music Office. Chan Tin-chi was a student of Xu Lingzi. She now teaches at the HKAPA and is the Ensemble Manager of HKGDE. Sylvia Tam is a core member of the Hong Kong Chinese drum team Refiner Drums. She was awarded the Best Drummer (Creative Presentation Section) in the 16th Hong Kong Synergy 24 Drum Competition in 2018. 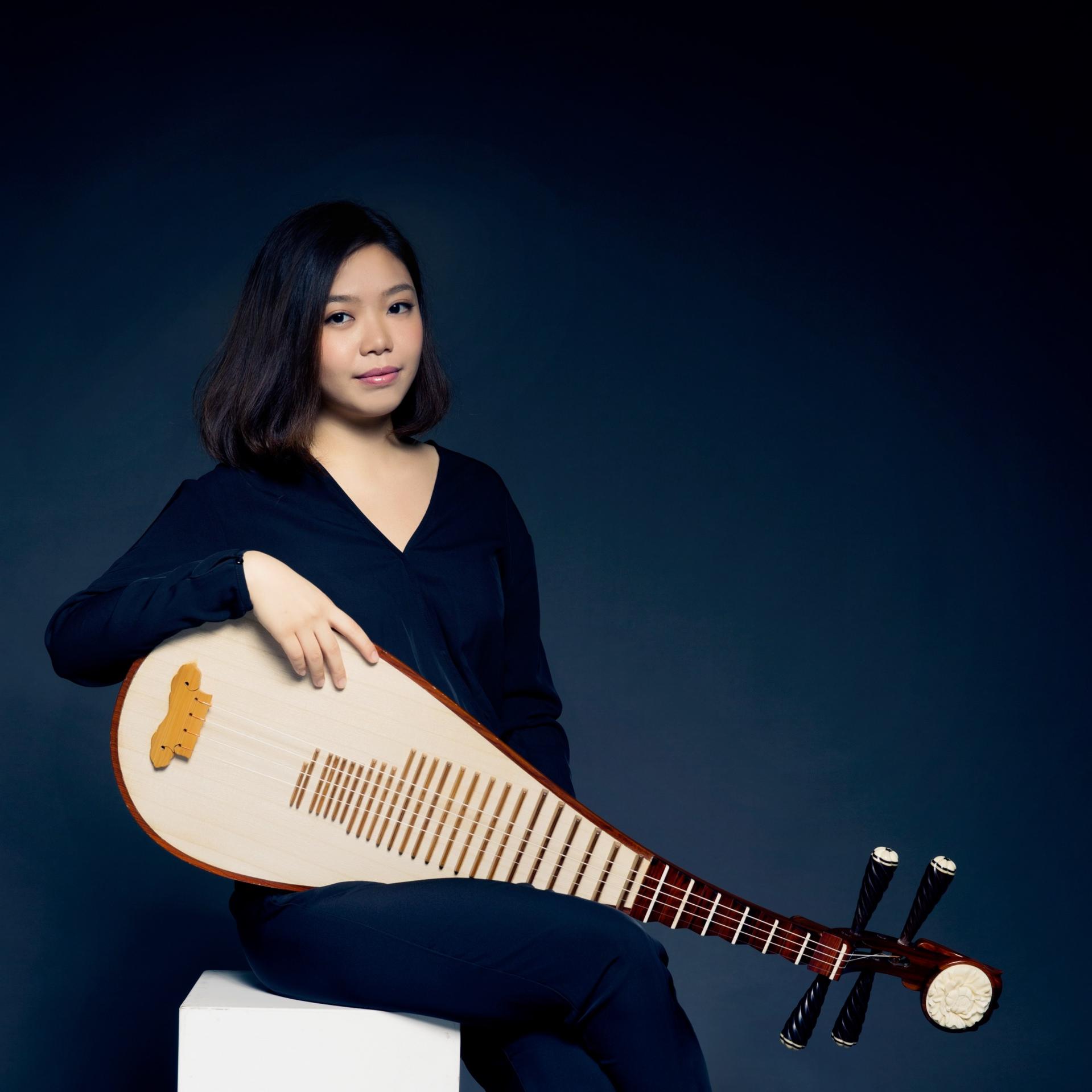 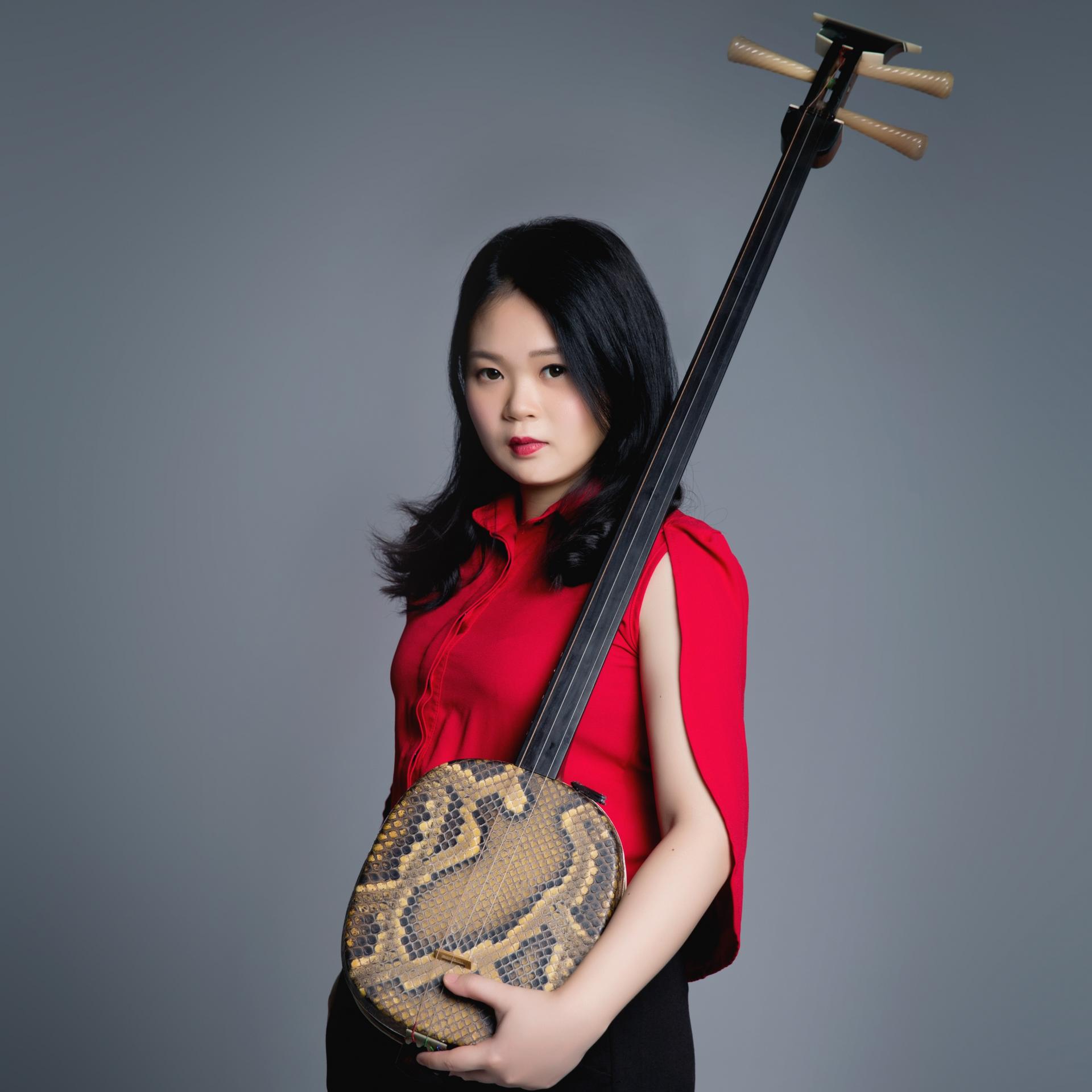 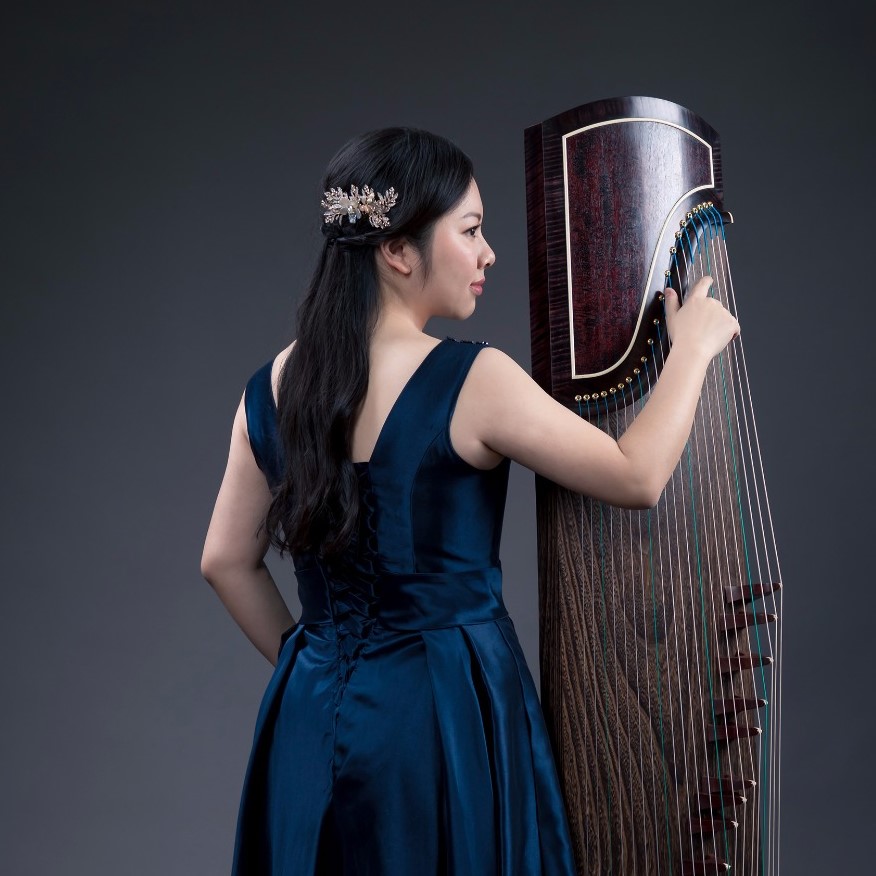 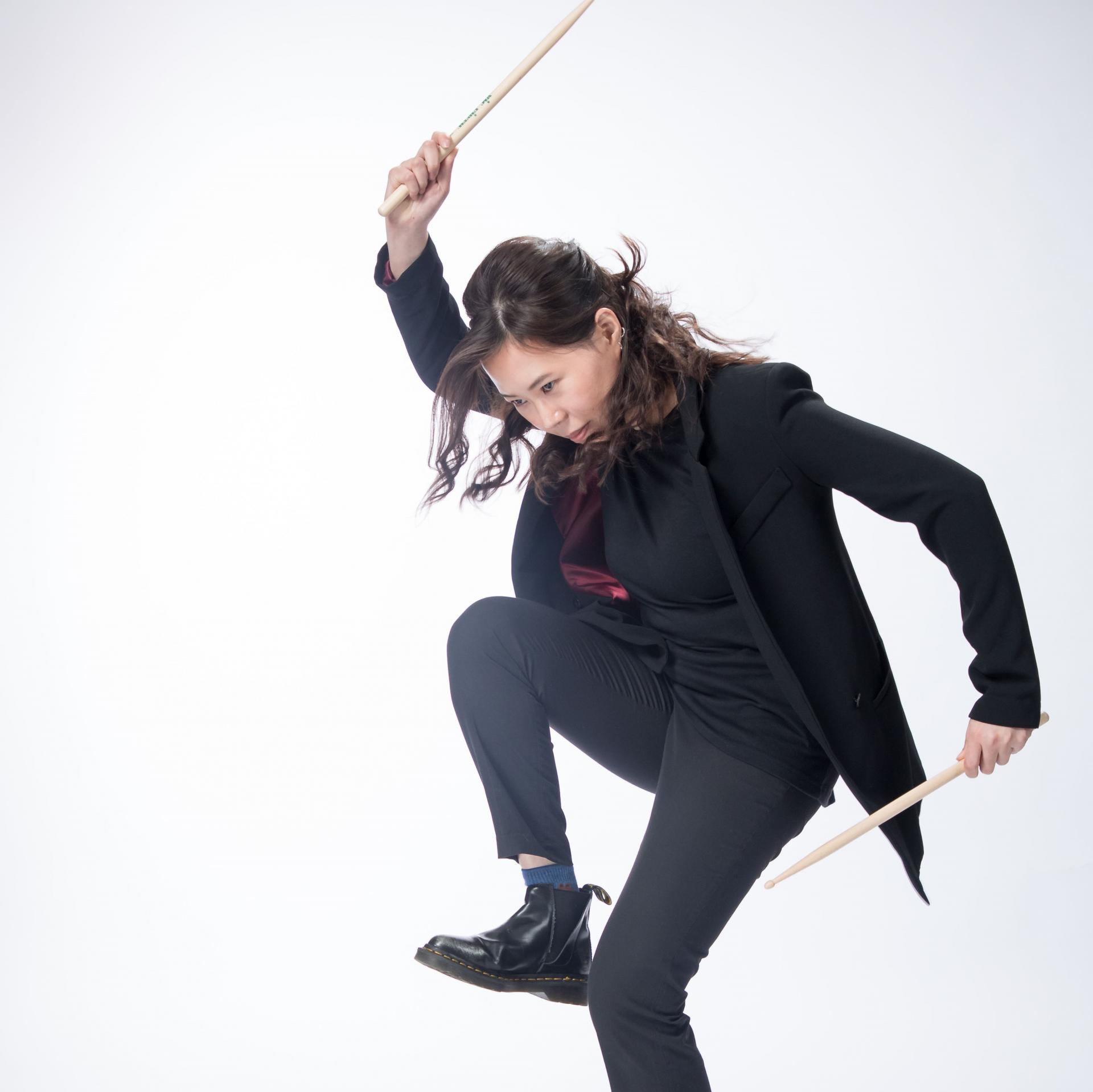 Oboe and Its Lyrical Trio Music

Chamber music has been described as “music for friends”. This explains why the musicians of these 2 concerts get together to explore musical ideas that are unique to this genre.

For two consecutive Mondays, we turn our focus to music by oboe and listen to the chamber music that features the lyrical sound of this doubled-reed instrument. On Aug 12, Danica Cheng, Andrew Au Yeung and Jessica Liang bring us trio pieces from late 19th century for a rare instrument combination of oboe, horn and piano. On Aug 19, Danica will join hands with another two oboists Ambrose Lee and Ryan Fong for music written for another rare combination: double oboes and English horn.

The ambition to explore the repertoire of oboe brought Danica Cheng, Ambrose Lee and Ryan Fong together and all of them were trained in the United States. Danica Cheng finished her master’s degree at Temple University and is currently the oboe and English horn player of Shenzhen Symphony, with which she frequently tours both nationally and aboard. Ambrose graduated from San Francisco Conservatory and then continued his studies at Manhattan School of Music, while Ryan graduated from University of Michigan.

Danica Cheng, Andrew Au Yeung (Horn) and Jessica Liang (piano) has playing together since they first met in 2011 at The Chinese University of Hong Kong where they graduated with a bachelor of arts degree in music. Andrew has been working as a guest tutti horn player of Shenzhen Symphony Orchestra and multiple Hong Kong orchestras since he graduated with a master’s degree in Hochschule für Musik Mainz in Germany. Jessica Liang studied piano with Nancy Loo, Sham Siu Wai, Poon Tak and Catherine Tse. Dedicated to education, she is the Co-founder and Music Director of Aura Music Studio. 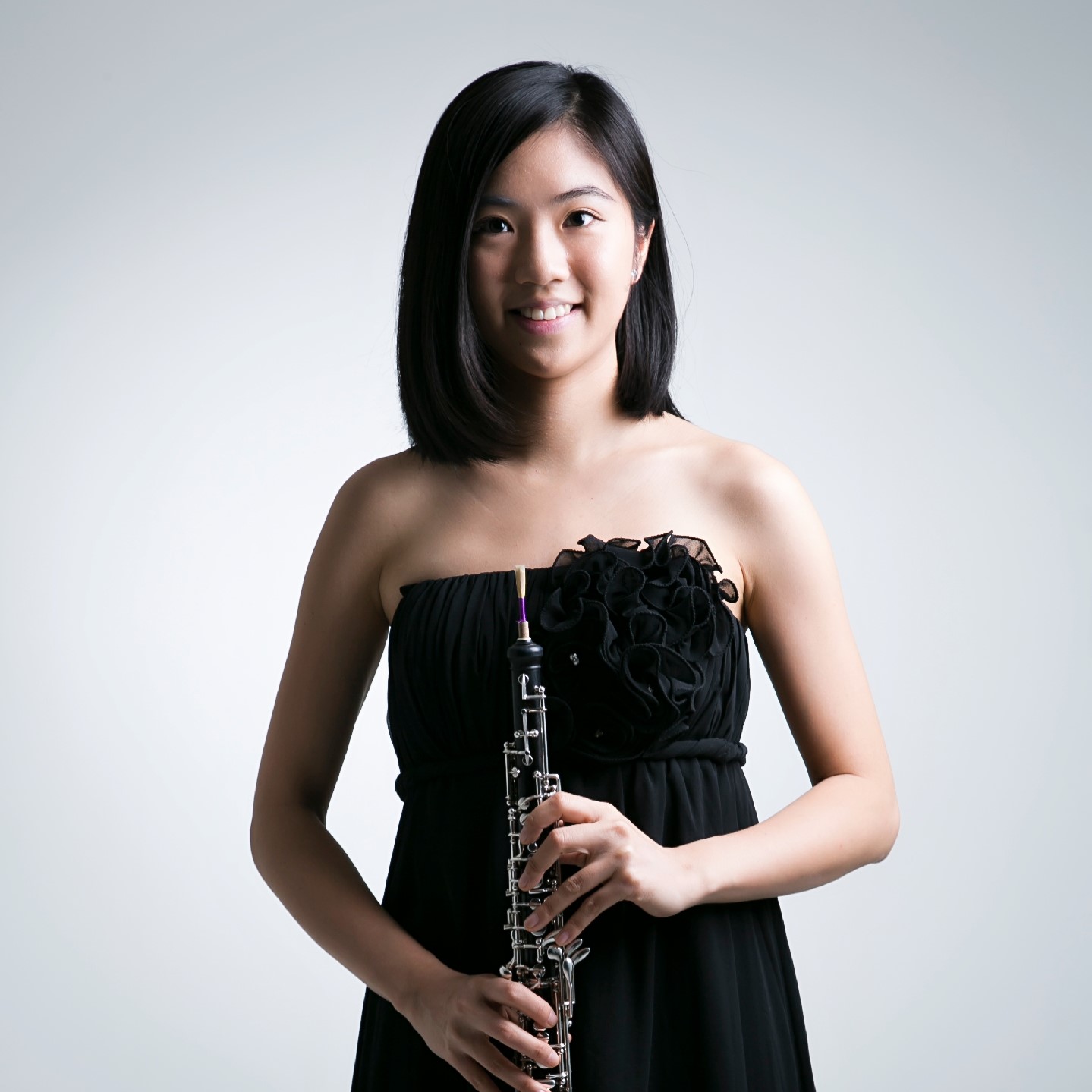 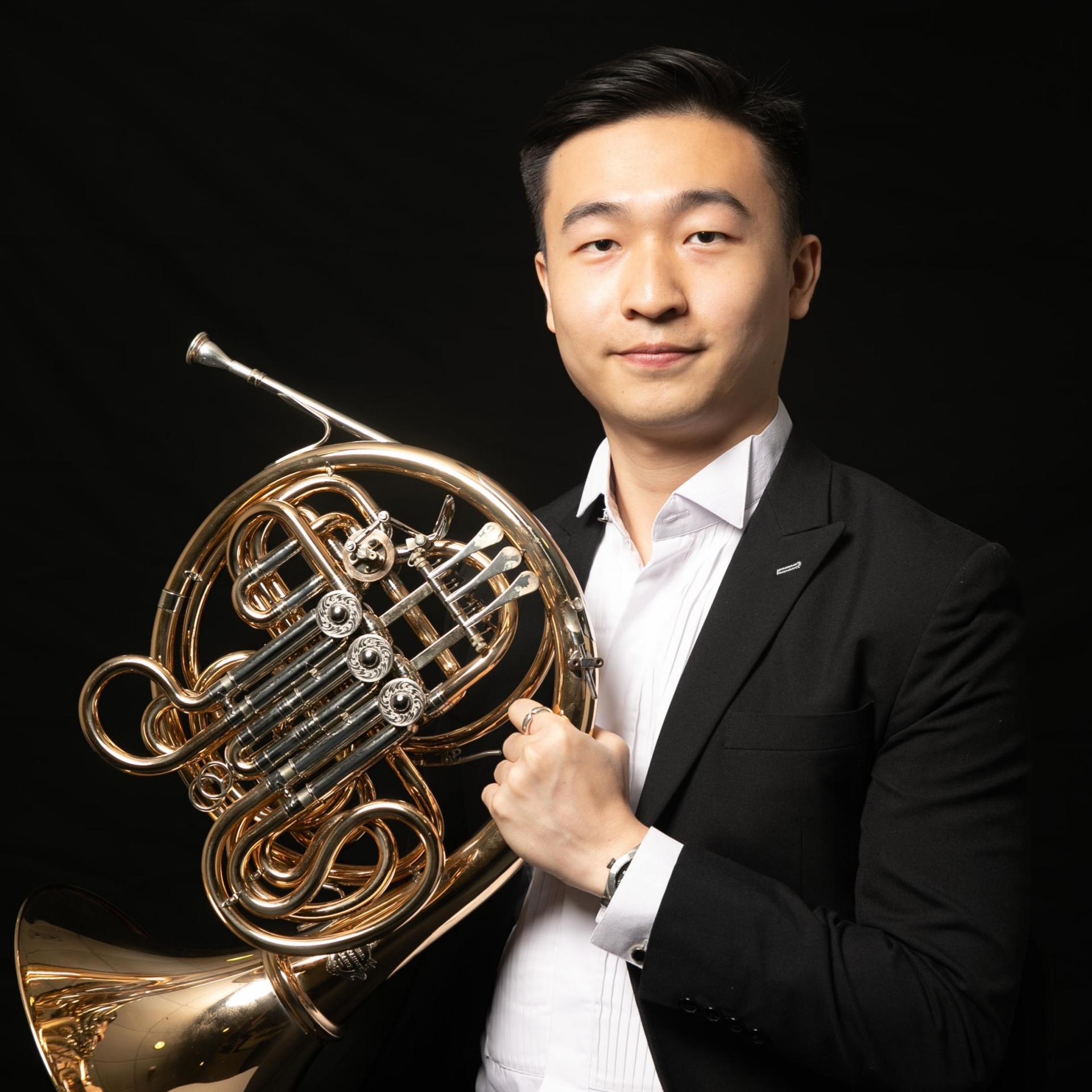 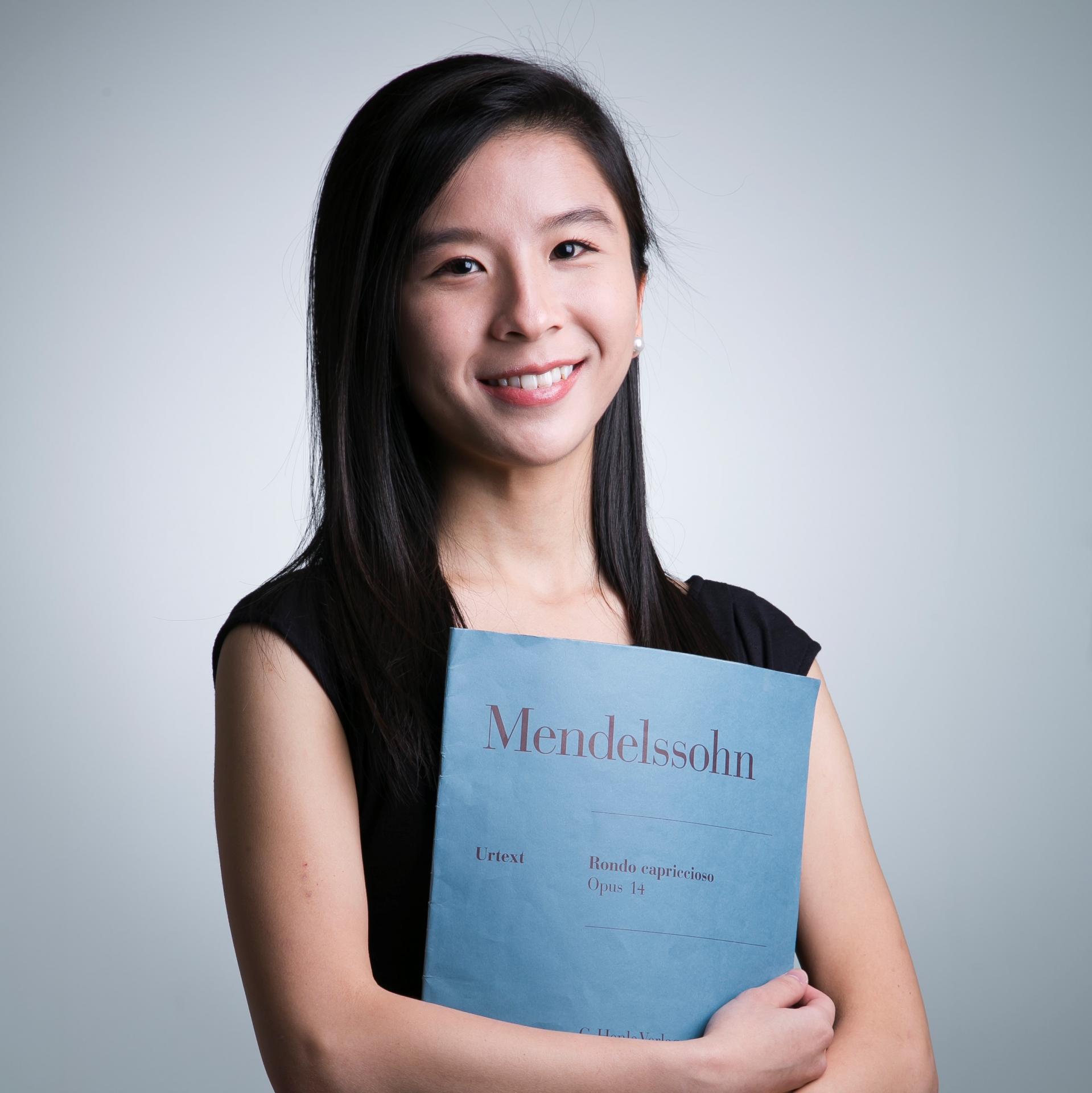 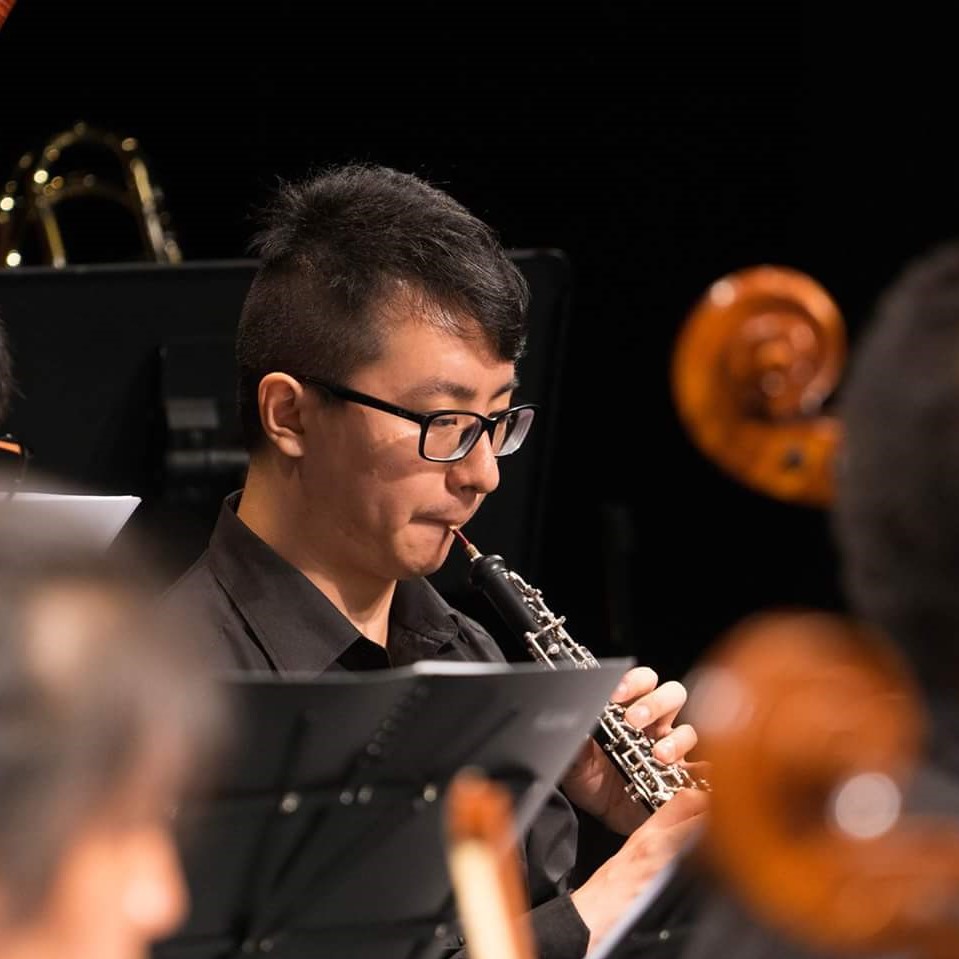 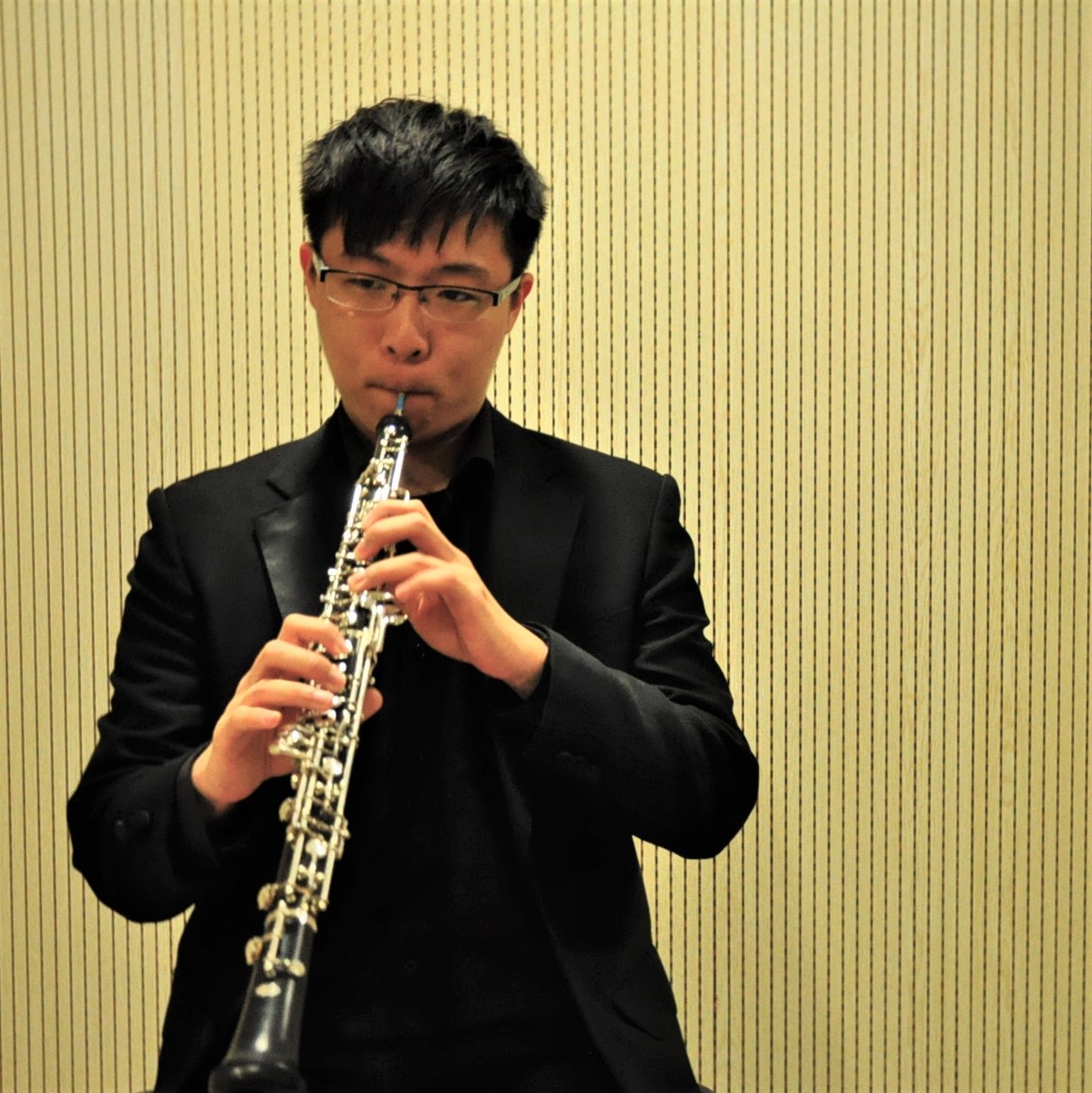 The TimeCrafters will present three different concerts in Tai Kwun including a clarinet trio and string quartet miniature concert. They will also perform a thematic concert to discuss the change in musical style between late Romantic period and 20th century in the concert “End of Romance”. 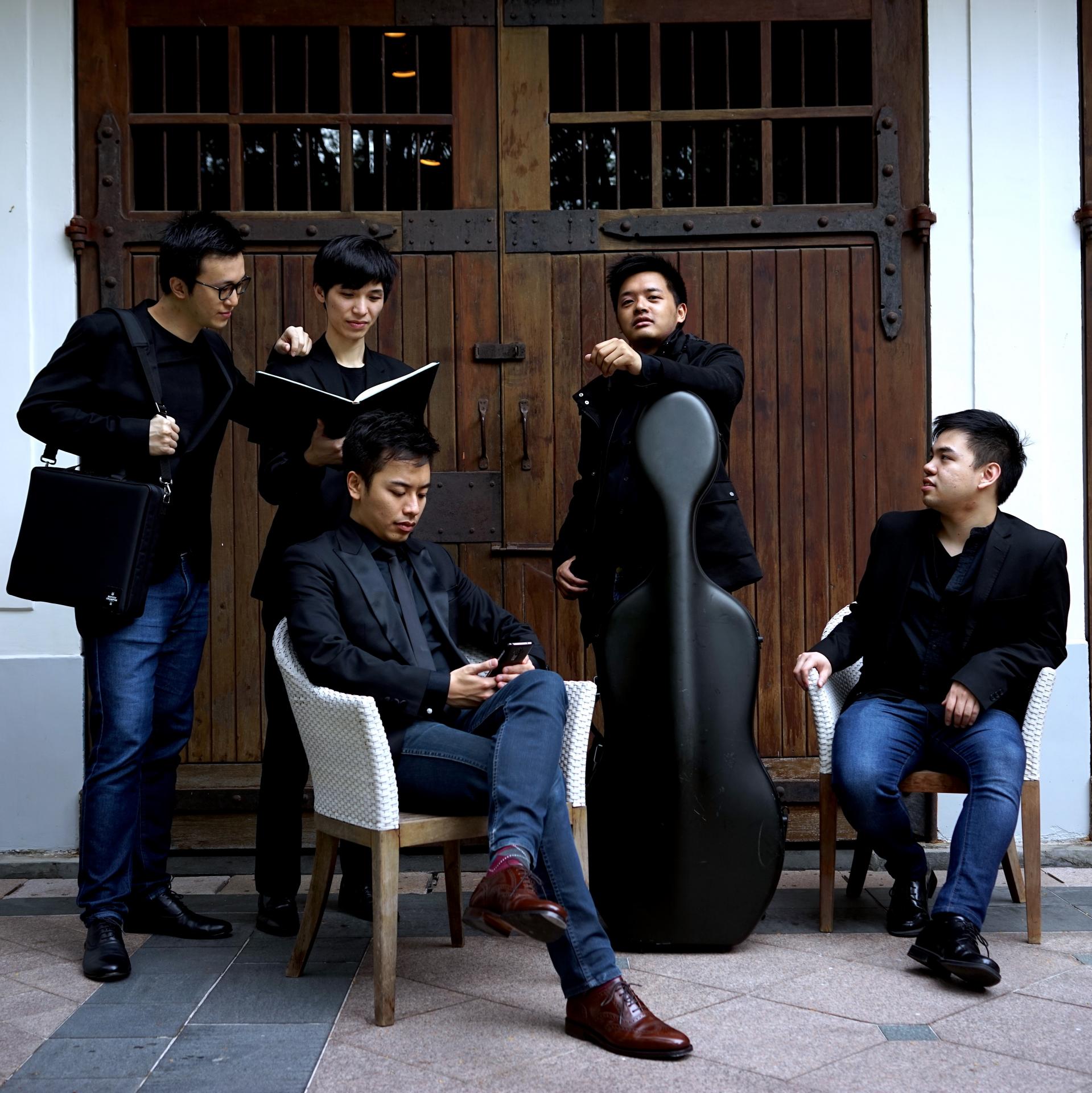 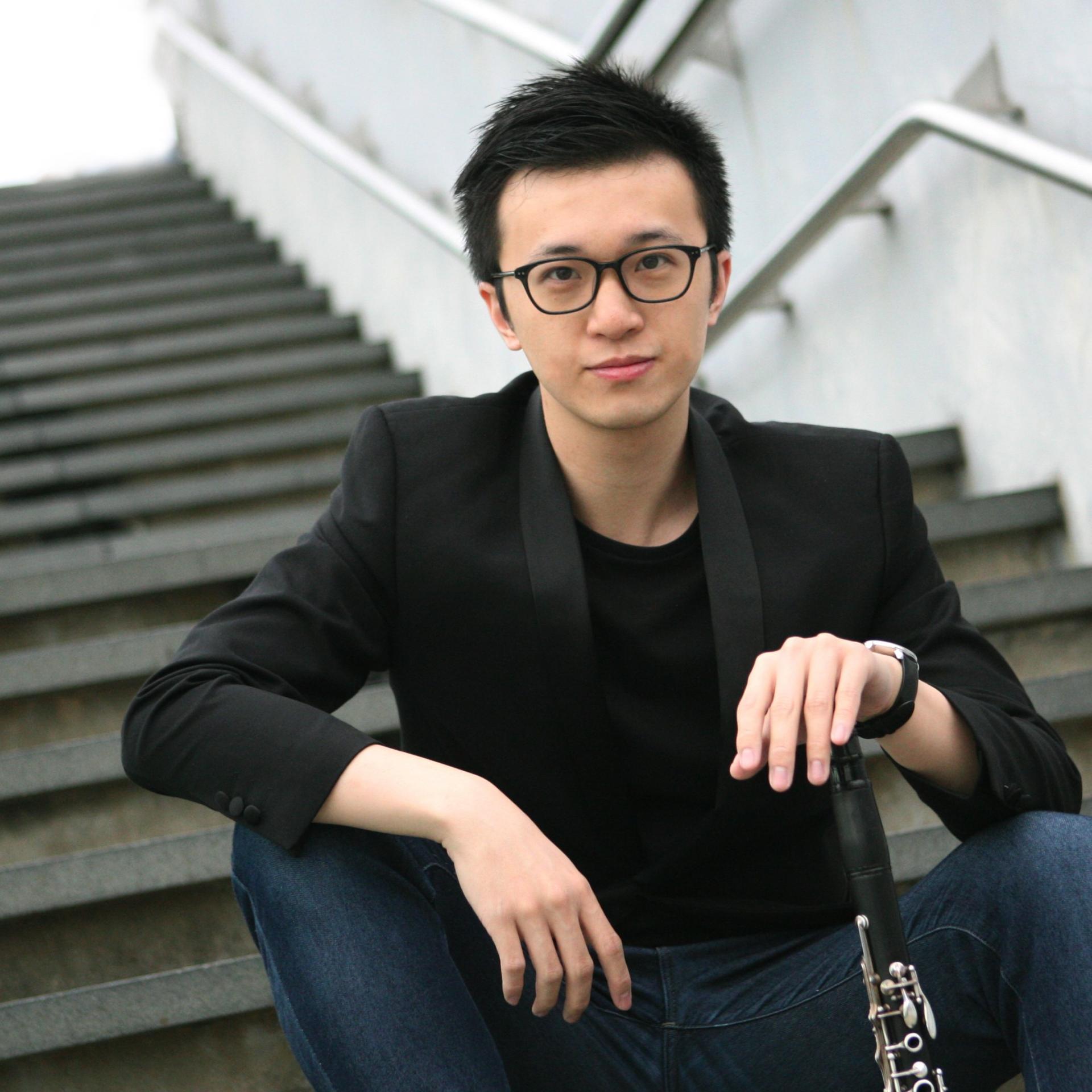 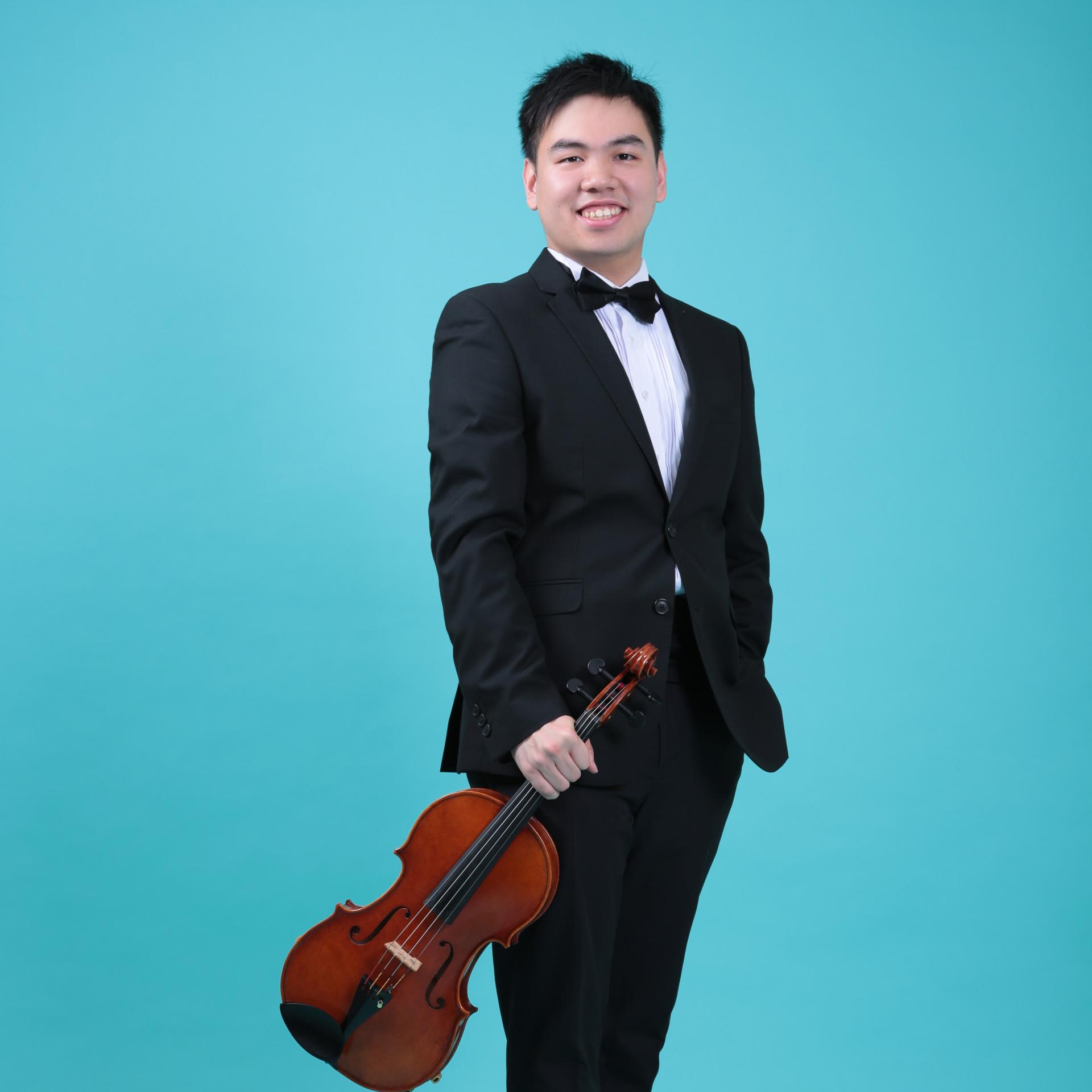 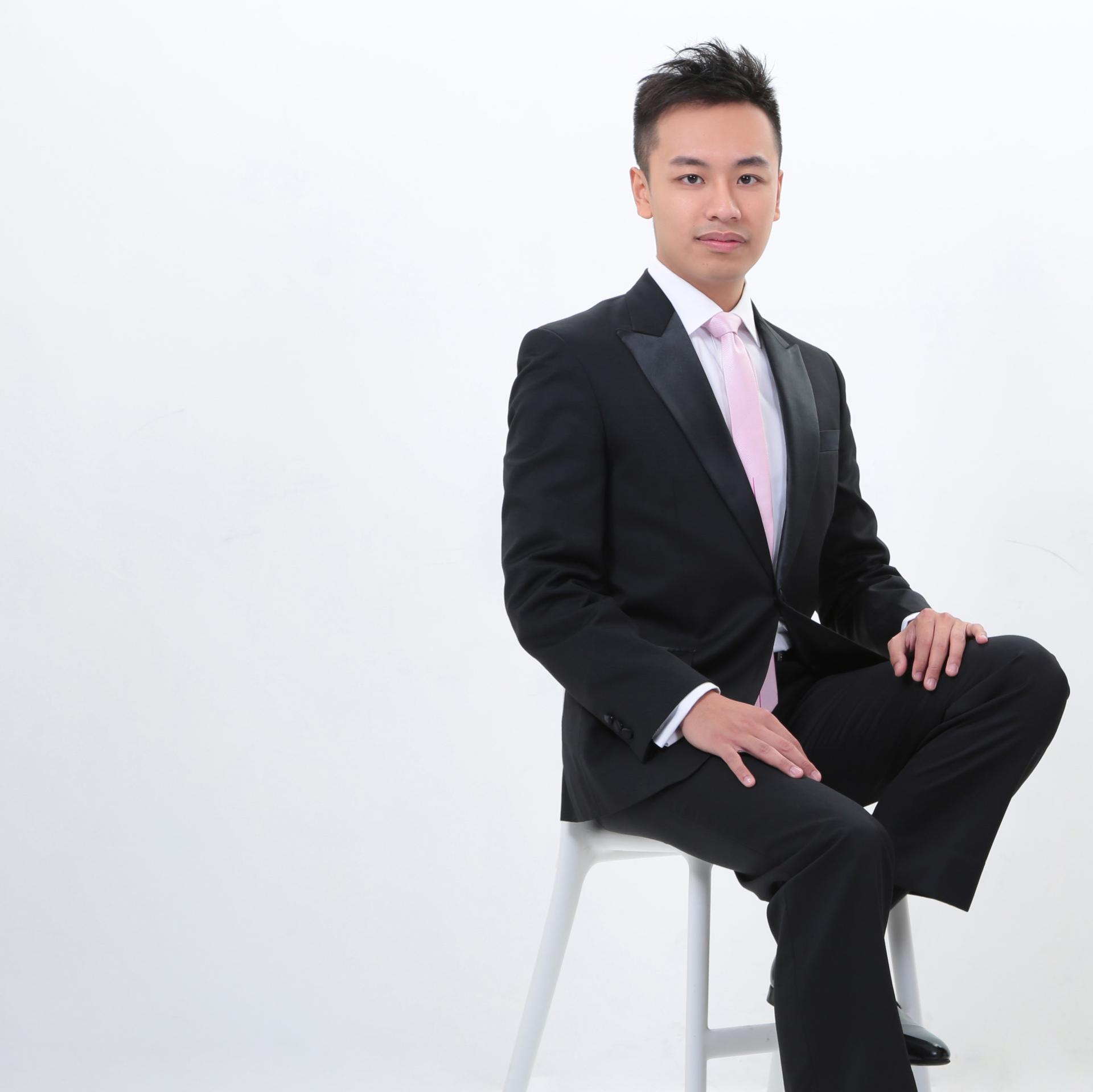 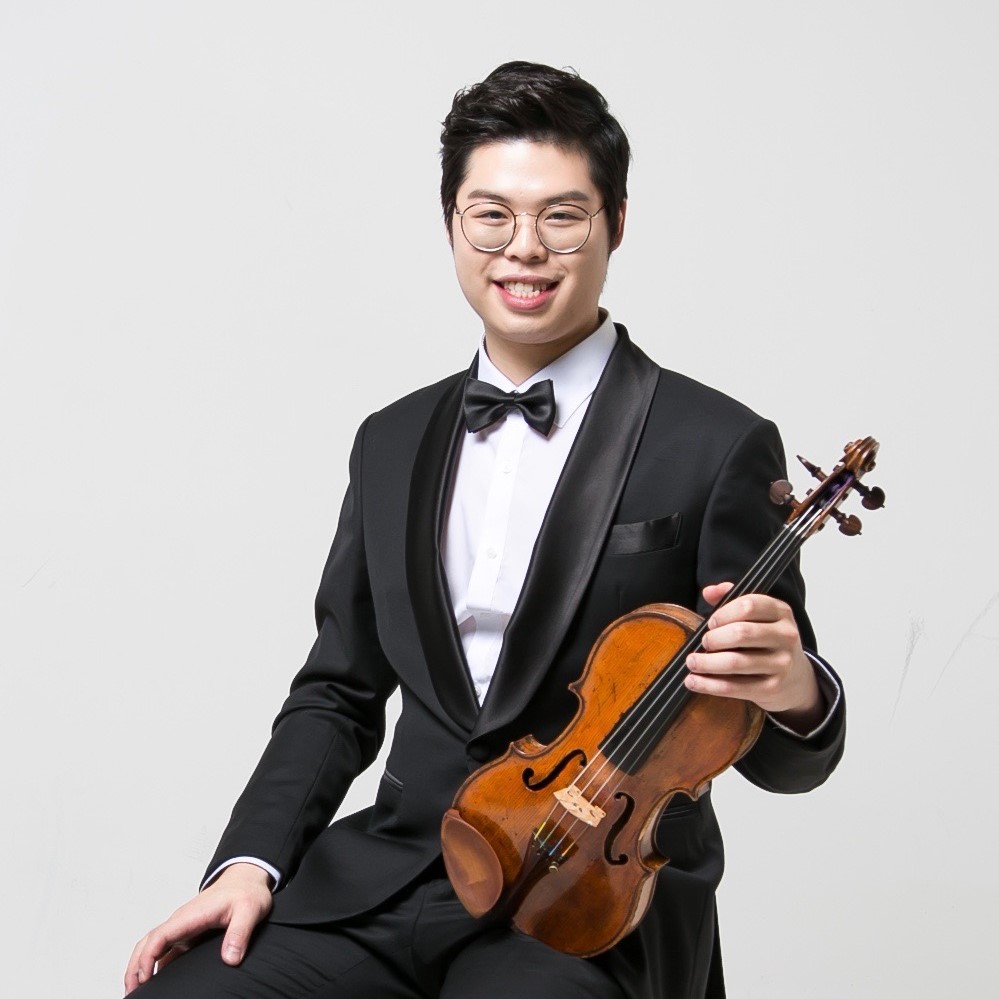 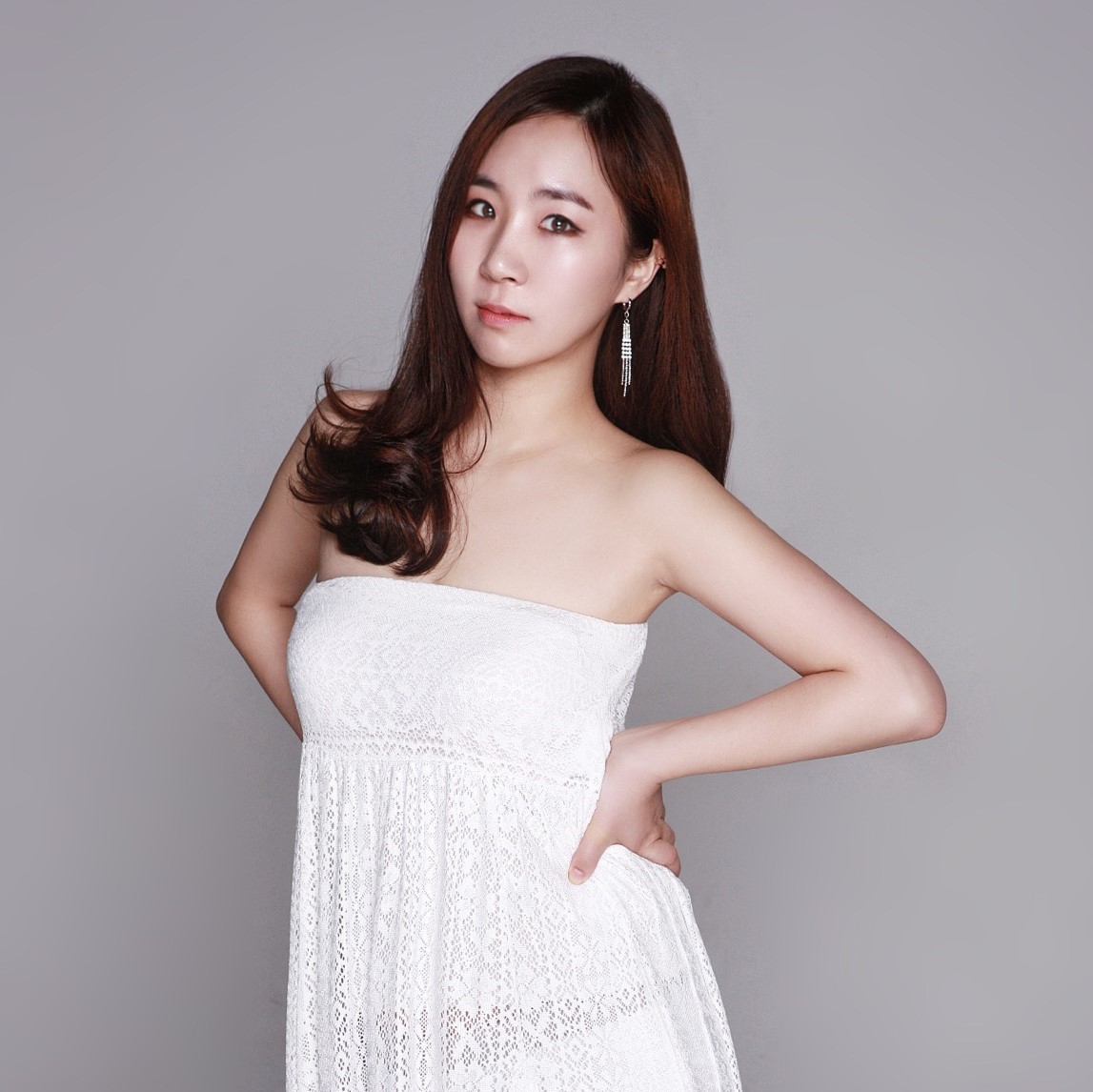 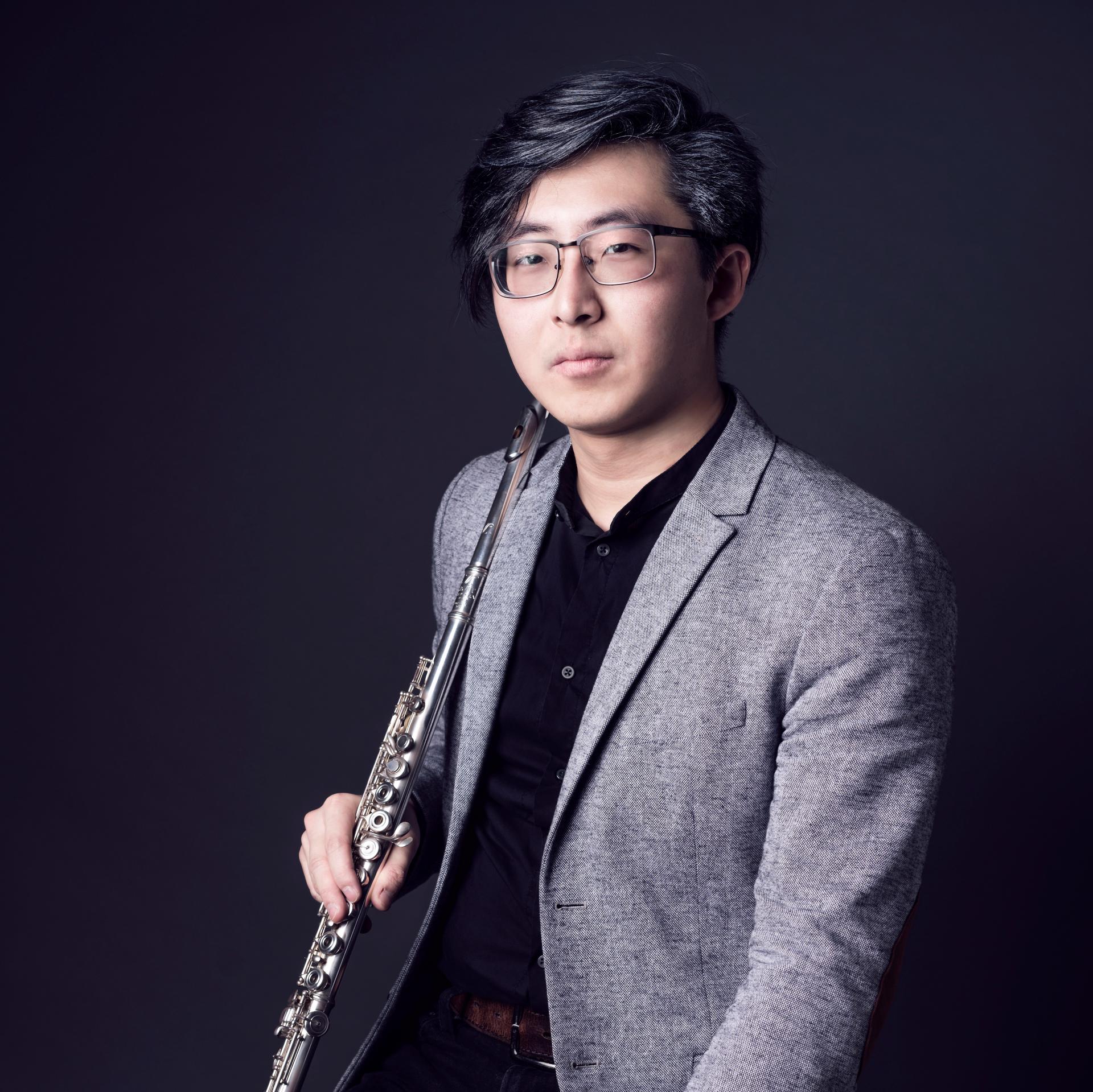 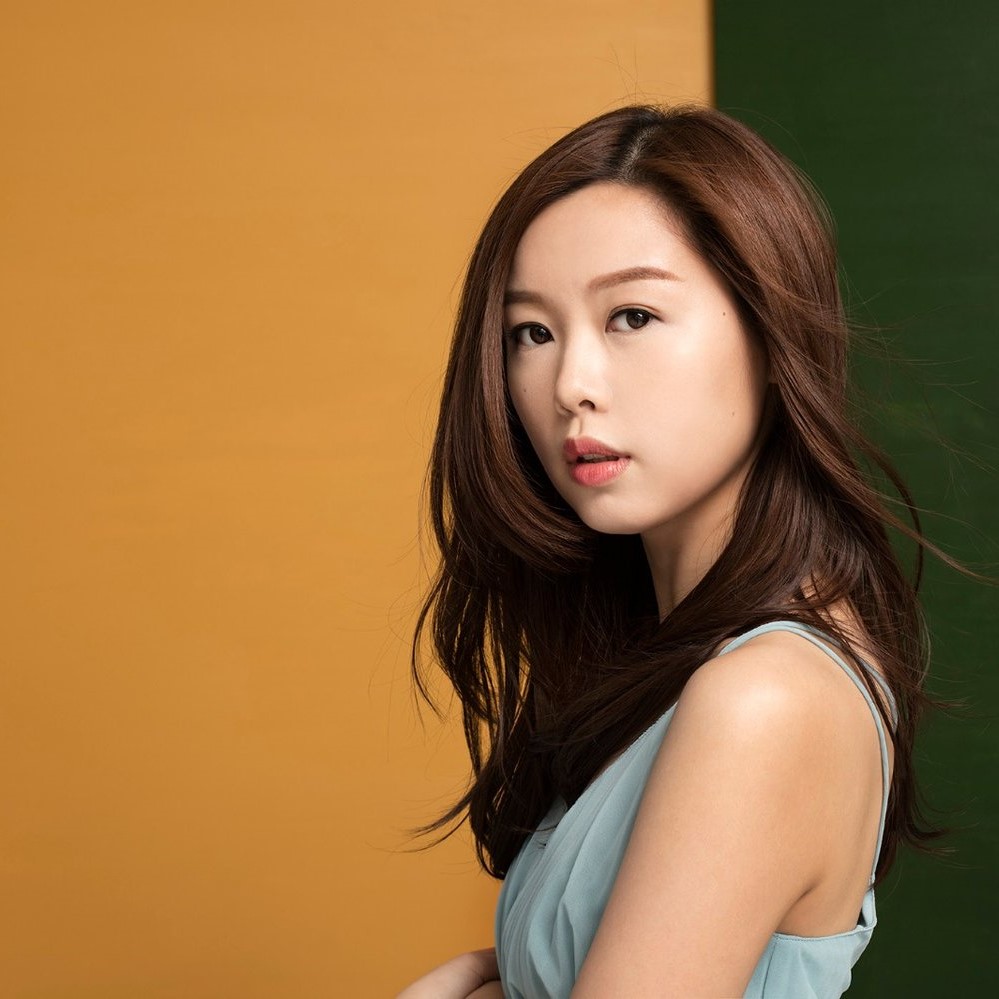 Want to take a break and enjoy some music during lunchtime but not sure where to go?

The HK Phil is going to perform three lunchtime chamber music concerts at Tai Kwun. With performances and introductions from the HK Phil musicians, these free concerts are ideal for relaxing, freeing up your mind and learning more about music and the instruments of the orchestra. So just come and enjoy! Feel free to bring your own lunch and friend, too.

Each concert lasts around an hour.