$280 (Adults)；$196 (Full-time students, senior citizens aged 60 or above, and people with disabilities and the companion; limited quotas)

Four string instruments – you call it a string quartet. But with one body? Renana Raz and Toscanini String Quartet, founded by members of Israel Philharmonic Orchestra, will show you what it can be. An “unusual” experience setting off from the perspective of a woman, Renana Raz, an award-winning Israeli actress-choreographer-dancer passionately integrates the energy of chamber music into her choreography in 16 Strings and One Body. There are imagination, drama, interaction between melody and dance, and tension between movement and rhythm. This inspiring juxtaposition of dance and music has taken performing art experience to the next level. Besides, don’t miss the special concert brought by Toscanini String Quartet during the Dance Season!

Renana Raz Association is supported by 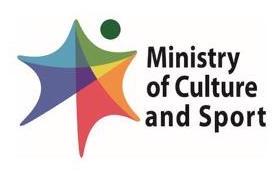 The performance is approximately 60 minutes with no intermission

Tickets | $280 (Adults)；$196 (Full-time students, senior citizens aged 60 or above, and people with disabilities and the companion; limited quotas) Renana Raz is a leading voice in the young generation of Israeli choreographers, pursuing various fields of artistic genres, both on stage as a choreographer and dancer and both on screen (television and cinema).

Her work is characterised by originality and innovation, as well as integration of many disciplines such as dance, theatre and performance art. In her works, she examines the place and impact of the context on the way the actual content is perceived. Many times she disconnects the content from its original context, and creates new and surprising connections. Shape and content are subject to a re-examination of how it should be presented, and thus creating a variety of innovative formats.

Raz began creating independently in 1999 and she won the Israeli Ministry of Culture Award for Young Choreographers and the Rosenblum Award.

Raz's creations have appeared on stages in Israel and abroad to the acclaim of both audiences and theatre/dance critics.

Renana Raz Association for dance and multidisciplinary creation was established in 2017 and it is the home for the entire work and creation by Renana Raz. The association’s goals are to develop independent and multidisciplinary creation while encouraging genuineness and innovation, exposing Renana Raz's work to new and wide audiences in Israel and abroad, focusing on the connection between art and education and initiating art programmes to children in various ages. The association is particularly focusing on building art programmes that offer various models of learning, listening and being socially involved. The association has been running the “Boogie Woogie” dance workshops for kids in ages 2.5 to 6 and initiated art-educational project that enable kids to create and perform by using digital content from YouTube. This concept was developed by Raz on her work - YouMake ReMake. On 2020 Renana Raz will be celebrating 20 years of creation in a series of events that will be directed and produced by the association.

The Quartet was founded 12 years ago by the members of the Israel Philharmonic Orchestra (IPO). The string quartet was established in order to continue the great tradition of string quartets that had been an integral part of the IPO's artistic activity and of the musical scene in Israel. The quartet has performed around the world in concerts related to the IPO’s activities such as fundraising evenings. In 2006 the quartet played in Spoleto Festival, Italy, and in New York and San Francisco in 2007. In summer 2008 the quartet took part in the Verbier Festival, Switzerland. In 2010 the quartet has toured in the USA and Latin America as well as in Schloss Elmau, Germany.

The quartet members have created and developed a centre for chamber music studies in the Buchmann-Mehta School of Music.

In 2017 the quartet played in a concert for the inauguration of the “friends of the IPO fund, Vienna”. In 2018 the quartet has initiated a new performance with the prominent choreographer and dancer Renana Raz, combining chamber music and dance.